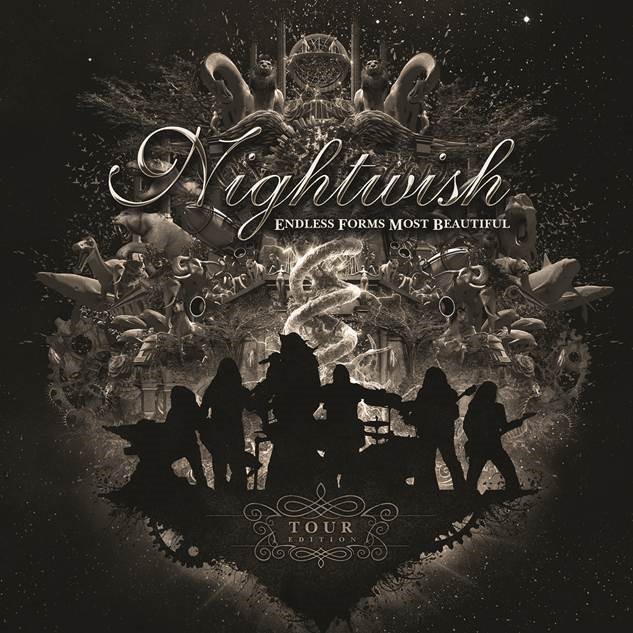 Right before the European leg of the ‘Endless Forms Most Beautiful’ tour kicks off, NIGHTWISH announce the release of a strictly limited (no re-prints!) special tour edition of their current record, coming with a bonus DVD. It will be released on October 30th via Nuclear Blast.

The DVD contains all 21 making-of episodes which came along before, during and after the album’s release. Besides those the DVD includes two new, unreleased live clips for ‘Yours Is An Empty Hope’ and ‘Stargazers’ as well as five special clips including documentary scenes for the songs ‘Planet Hell’, ‘Last Of The Wilds’, ‘Storytime’, ‘Arabesque’ and ‘Last Ride Of The Day’. On top of this there will be a huge photo gallery with more than 400 pictures, taken on the road and during the promotional period of ‘Endless Forms Most Beautiful’.

Don’t miss NIGHTWISH live on tour.
They will be playing the UK at their highly anticipated headline show at Wembley SSE Arena on the 19th December 2015, which will be their only UK date this year.
The band will be making history by being the first ever Finnish band to headline this famous venue.

‘Who would have thought about headlining at Wembley Arena one day when we were starting our UK touring history from the downstairs of the legendary Astoria Club in London over ten years ago. This truly is a dream come true for us!’
Tuomas – NIGHTWISH 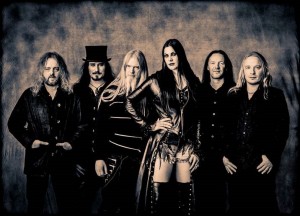