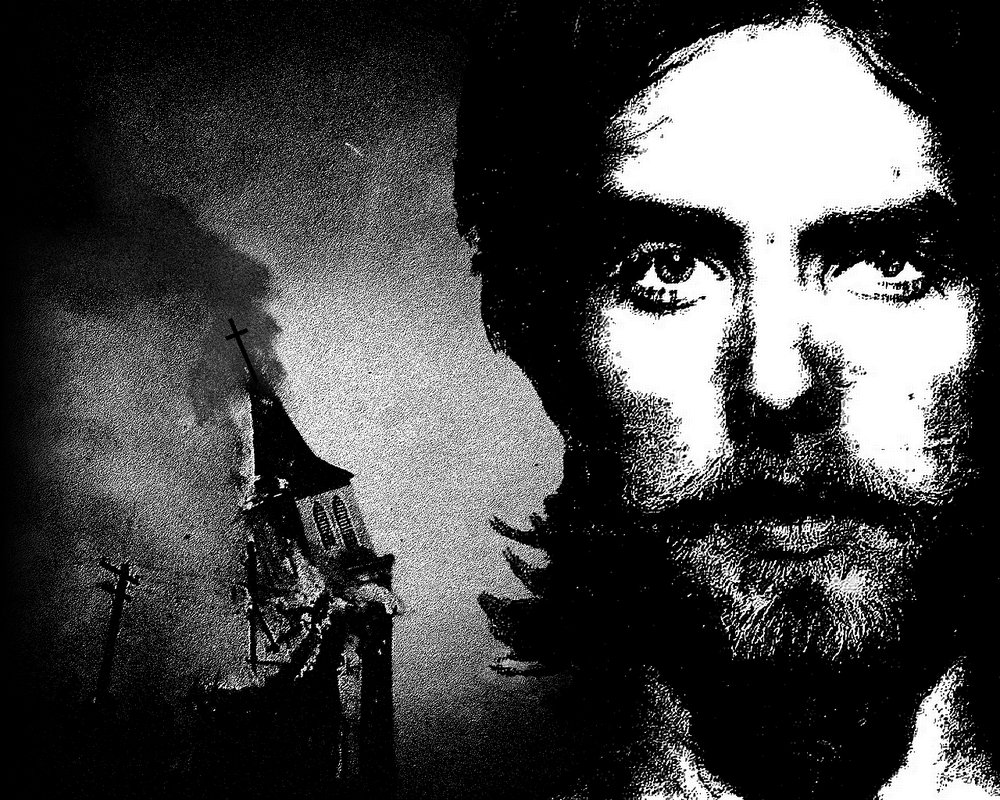 In Scandinavian folklore there existed many magical and wondrous creatures, yet few matched the Nokken in terms of manipulation, deceit, and cunning. Derived from the Old Norse word for seahorse, Nokkens roamed in small seas and rivers, often hiding in lilies before luring people into the depths. Shapeshifters, they were often disguised as handsome young men with fiddles, these creatures would use beautifully seductive music to draw women close to their watery hell.

As modern individuals we scoff at the idea of folklore and tend not to take it seriously. Too often we forget that folktales are merely representations of culture and often say more about the ages that produced them more than acting as testaments to some fantastical past. Black metal utilizes folk culture perhaps more than any metal genre to assist in creating a dark, evil, and malevolent atmosphere. Sometimes it is fun to get lost in fantasy. It isn’t so fun when the game becomes real. The genre’s most notable folk antagonist Varg Vikernes is set to stand trial this summer in France in what I feel is the most important legal proceeding in metal’s history. The outcome will have tremendous consequences for both Vikernes and free speech and will also put metal fans at a crossroads where they will finally be forced to either accept the truth about this individual, his work, his philosophy, and his motivation, or part ways with him forever.

Varg Vikernes’ latest run in with the law at first glance appears very confusing, mostly because the setting is atypical for the former “Count Grishnackh.” Vikernes was arrested in France, a country he currently resides in with his wife, French national Marie Cachet. In July of 2011 Varg and his blushing bride were arrested after police raided their home in Correze in central, rural France. The French Interior of Ministry described Vikernes as “a potential threat to society” and confiscated his arsenal to prevent what he believed to be a potential terrorist plot. While this may seem outlandish to many metal fans who view Varg as just another crazy black metal character, the truth is far more ominous, disturbing, and transcends music in many aspects because this story doesn’t begin in France, it begins in Norway with mass murderer and terrorist Anders Behring Breivik who, like Timothy McVey before him, used Neo-Nazi ideology as inspiration for perpetrating the bombings of Oslo government building, killing eight people and the mass shooting of sixty-nine Norwegian teenagers at a Workers Youth League event. Breivik’s “manifesto” was sent to Vikernes. Vikernes read this manifesto and was in correspondence with this man. When you’re in contact with a mass murderer who admires your work as a musician and writer because he feels you are kindred spirits, your purchasing of firearms with your equally racist girlfriend may raise a few government eyebrows. But why Varg? Why the harmless musician who just wants to brutally murder people, serve his sentence, and farm organic crops with his racist girlfriend? Where does all of the Zionist suspicion come from??? It comes from Vikernes’ lillie, the very flower he hides in and uses to capture and influence the masses, the internet.

The official charges Vikernes faces this summer in France aren’t for murder, violence, or any other physical altercation. He is charged with “inciting racial hatred.” Unlike the United States, France is a bit more restrictive in their free speech. The laws forbid “any communication which is intended to incite discrimination against, hatred of, or harm to, anyone because of his belonging or not belonging, in fact or in fancy, to an ethnicity, a nation, a race, a religion, a sex, or a sexual orientation, or because he or she has a handicap.” In other words, the state mandates you use your speech responsibly and not hatefully. Varg’s blog, the Thulean Perspective, is a web of Neo-Nazi propaganda, no matter how he or others in the black metal scene try to spin it. The name is derived from the Thulean Plateau, the Paleogenic land mass that predates the formation of the dastardly Atlantic Ocean that split up the continent of Europe and created all of these pesky ethnic and cultural differences so many share. Even more disturbing is the content found on the site, which is nothing more than a regurgitation of Turner Diaries meets Lord of the Rings meets flat out racist evolutionary theory that would make Hitler blush, or ecstatic. The article on the home page entiled “About Slavery,” for example, cleverly diminishes African history by equating it with other forms of history in a gross generalization that transcends ignorance and moves on to downright manipulative indoctrination.

The slave-ships trafficking slaves from Africa to the Americas bought slaves who were already slaves. They had already been enslaved by others (Arabs and other Africans, most of the time), who just sold them to other slave-traders.

True. Many African captives were enslaved by fellow Africans. However, to distort history in such a manner by dismissing the way in which trans-Atlantic slavery as an institution was re-formatted along racial rather than economic lines and how the economics of slavery evolved along racist and hetro-centric, and Euro-centric lines isn’t just another metal musician babbling off about something ignorant, this man is doing this tactically. It is my belief that Varg Vikernes lives in France for this sole reason. His lawyers at this very moment are cooking up a defense for him that states plainly that he didn’t write the hateful blog posts that landed him in trouble, was never a supporter of Breivik directly, and is merely a martyr for a free speech cause and a victim of evil European states that simply won’t let him be because his ideas are different. Varg’s ideas are not different, they are in unison with every other Neo-Nazi ideology in history. His ideas are dangerous and will lead to many more deaths than his former guitar player and friend. War being a common theme in black metal, Varg is engaged in one at this very moment both figuratively and literally. Varg is right, he is not directly connected to the murderer who respected him so much, but he doesn’t need to be. Their ideology makes them brothers, warriors on the same front line despite rhetorical divides that will be presented in the courtroom. If Varg is correct and he didn’t pen the articles of hate, my point is proven even further by the obvious pull and draw of his influence. Varg will bring up issues of free speech in France, a cause many leftists have been on his side when men like Bo Dylan were arrested in France for inciting hatred against Croats. He will lie, he will manipulate, and he will continue to play his fiddle, drawing the metal world closer and closer to his trap. He will use the causes and political free speech victories of his enemies and his defense to spread his ideology of hate and murder and many will buy it. I urge the readers of this website to not buy it. I’m not telling you to hide from his blog or work, I’m urging you to read it for what it really is, not what he wants you to believe it is. In June of 2015 the metal world will once again be spectators at a Varg Vikernes trial, but this time there will be no burning churches, no men dancing around in corpse paint, nothing fantastical. This is reality. What is in this man’s mind is dangerous and harmful. We could lock him up again. We could even kill him, but there is no use in killing a man who wishes to be martyred. If you want to defeat Vikernes, simply don’t listen.