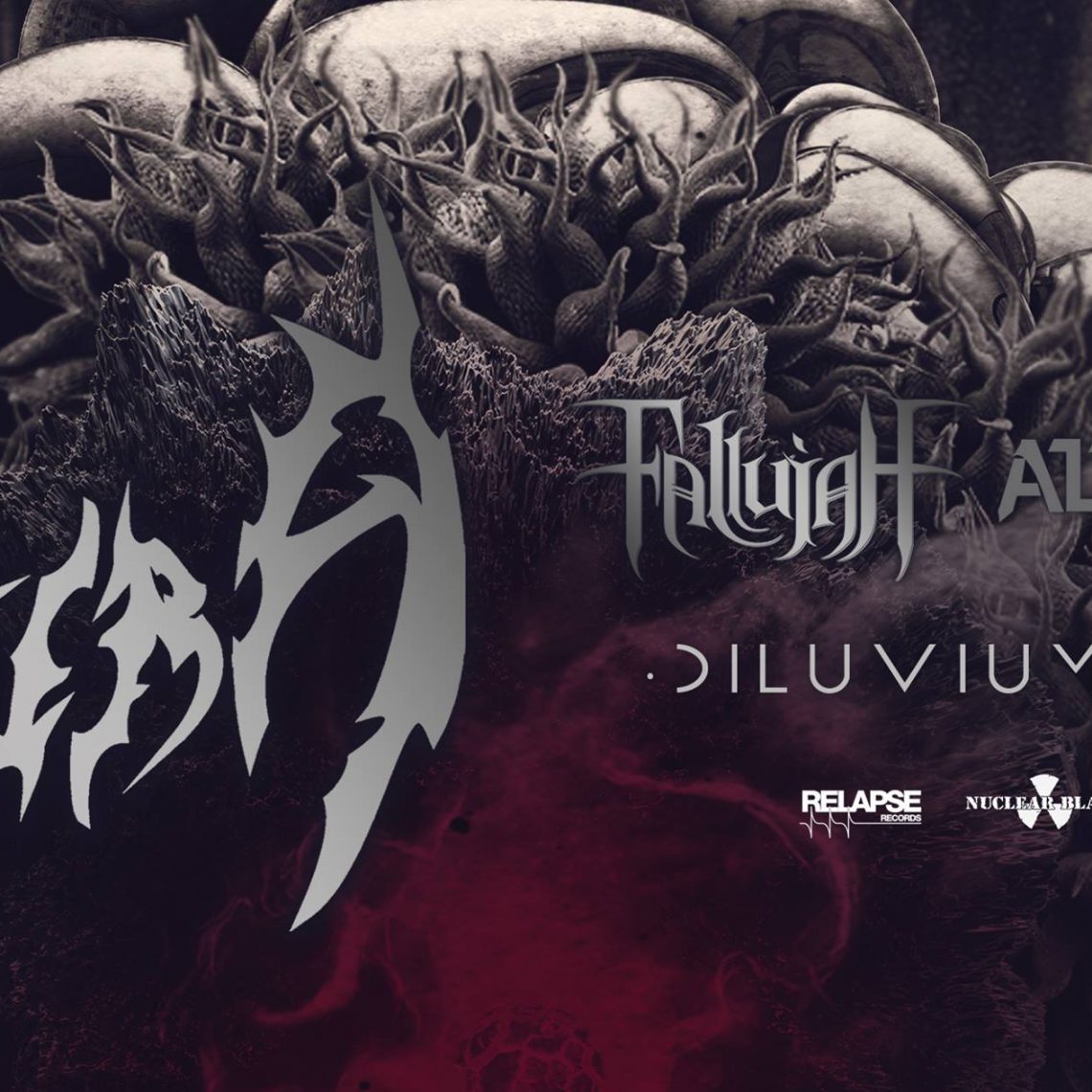 Originally billed to be at London’s premier extreme metal venue, Camden’s Underworld, it’s lucky I looked up the support bands before leaving. The move to Islington Academy was slightly disappointing, but the night’s brutal support lineup (Fallujah, First Fragment and Allegaeon) made it a journey change worth making.

After all three band powered through aggressive, and surprisingly long, sets met with huge audience response, it was Obscura’s turn to dim the lights and fill the stage with fake smoke. From the opening ‘Emergent Evolution’, the sublime technical mastery each person on stage has over their instruments is clear. They pump through complex, aggressive death metal that includes the title track of their most recent release, Divilium. The interesting choice to replace the vocoder vocals (that are completely overabundance on the album) with a backing track, means it is mostly lost to the crushingly loud, unbalanced mix, but the guttural vocals of Steffen Kummerer are on top form as ever.

The main issue Obscura face is their lack of stage presence. With every member focusing on their time signature changes, rhythmic syncopation and virtuosic soloing, there isn’t much time to do anything particularly interesting on stage. Rafael Trujillo (no relation to Rob) does little more than put his foot up on his monitor during particularly tricky moments, while bassist Linus Klausenitzer seems to have brought a stool on stage with the sole intention to stand on it for three seconds at a time when he isn’t playing.

They also make a few strange set list decisions, such as suddenly playing the bass-only interlude/bonus track ‘A Last Farewell’. There was no technicality to be shown off, or even any real melody for the audience to catch on to, but instead a minute or so of dramatic sound. This would work perfectly, should the piece suddenly explode into a huge guttural scream, or a massive, shredding riff, but it just sort of trickles into silence and the rest of the band return. Are they expecting applause for that? The audience seems confused too, and a few claps and whoops are all that permeate the room before normality is resumed with the stunning ‘Mortification Of The Vulgar Sun’.

Despite skipping out on the gem of the latest release ‘Clandestine Stars’, most of the other big hitters make the set, with the back to back ‘Akroasis’ and ‘Septuagint’ getting the loudest response from the audience. As the crushing ‘An Epilogue To Infinity’ brings the main set to an end, it’s nice to see that the appreciation for new death metal is still going strong, even if it is contained to tiny venues locked away in shopping centres like this one.