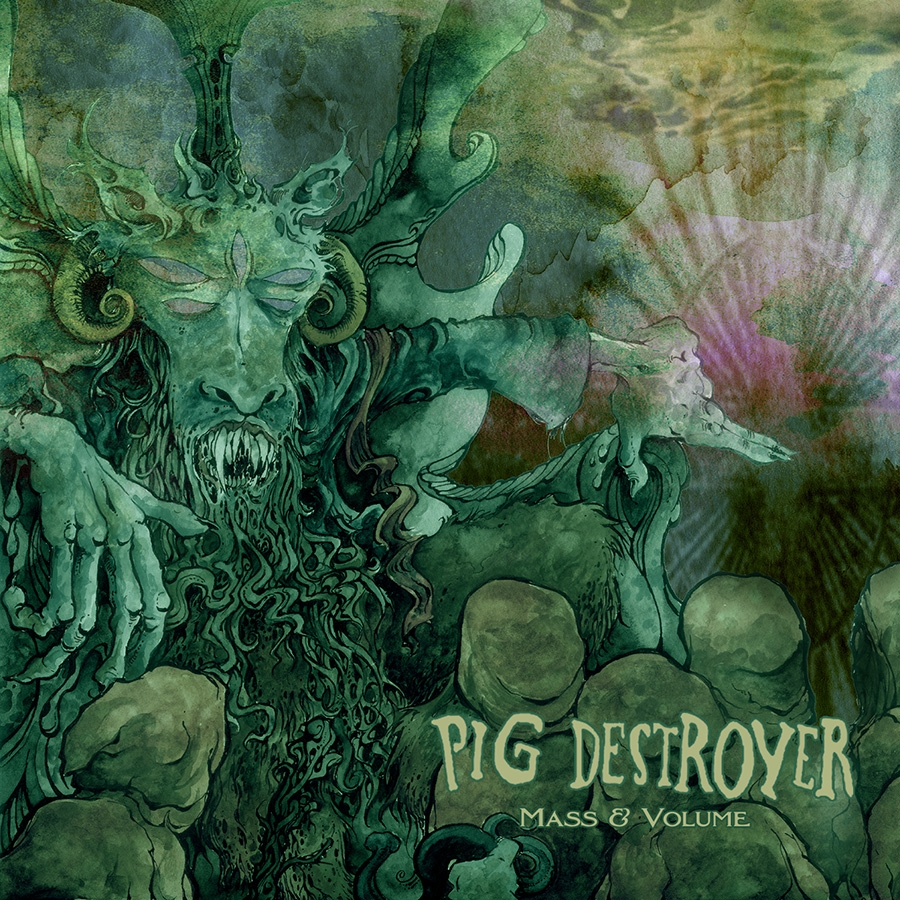 Known for their unique brand of grinding madness, Virginia metal extremists Pig Destroyer have also dabbled over the years in the doom / dark ambient / sludge arena. 2004’s “Natasha,” a bold endeavor, clocked in at around 40 minutes and showcased the band’s affinity for drone, dark ambience, funeral doom, and generally haunting sonic malevolence. Recorded during the “Terrifyer” sessions, “Natasha” was conceived at a time when the band was just gaining recognition as a major force in the grindcore genre. With its legacy already firmly cemented with “Phantom Limb” and 2012’s “Book Burner”, Pig Destroyer have once again slammed the brakes of the grind machine and brought things to a droney hault with “Mass and Volume”.

…its sheer heaviness and abrasive attitude perfectly embodies Pig Destroyer’s attitude as a band and should further cement them as one of the more daring bands in extreme music.Joe Reed

Recorded in 2007 during the “Phantom Limb” sessions, “Mass and Volume” was originally released a year ago as a digital-only bandcamp album to raise money for the fallen daughter of Pat Egan, former Director of Retail Sales at Relapse Records before finally seeing the light of day as a vinyl release.

Musically “Mass and Volume” is heavy, really fucking heavy. Scott Hull’s guitar is a wall of thick, black molasses and his riffs (especially the second track “Red Tar”) sound like the soundtrack to a gigantic structure slowly crumbling. Despite being over 19 minutes long, the first track “Mass and Volume” is generally a smooth listen and the sheer volume (no pun intended) creates an atmosphere one can easily get lost in. The production on these two tracks is much less stripped than that of “Phantom Limb” and Hull does a good job of bringing the guitars to the center of the mix to create a foundation of riffs for the songs to stand on. Hayes’ vocals on these two tracks are perhaps the biggest departure in sound for Pig Destroyer. Although I loved the effect-heavy “Natasha” vocals, the effect used on these two tracks is a bit harder to digest but does lend something to the songs that perhaps the vocals we’re accustomed to would not.

While grindcore purists and the blastbeat police may scoff at “Mass and Volume” at first, its sheer heaviness and abrasive attitude perfectly embodies Pig Destroyer’s attitude as a band and should further cement them as one of the more daring bands in extreme music. 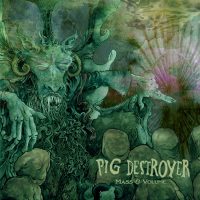