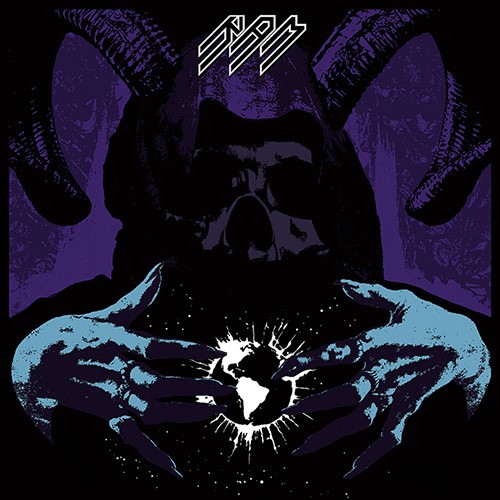 “Dig Portrait? Love Natur? Stoked for Judas Priest’s next tour? Do yourself a favor and streamSvbversvm in all its well-sharpened glory.” – Noisey

Swedish heavy metal defenders (of the faith), RAM, will drop the molten fruits of their Svbversvm full-length upon the masses this Friday via Metal Blade Records. Brimming with fist-pumping hymns of death, post-apocalyptic dominance and total devastation through iron, RAM’s fourth studio offering was self-produced at Black Path Studios, mixed at Welfare Sounds by Olle Bjork, Per Stalberg, and RAM and mastered by Daniel Johansson. As a special precursor to its release this week, today Noisey hurls forth Svbversvm in its anthemic entirety noting: “Each track on the nearly hour-long album is a master class in traditional heavy metal (dosed with just a snort of vintage speed) that promises to bang the head that does not bang, from ‘The Usurper’ (which liberates that combination of words from their Celtic Frost-forged chains to deliver a fist-pumping revenge anthem) to the sky-scraping falsetto vocals and wailing NWOBHM licks on the title track.”

Bang your heads in unison to the sounds of Svbversvm, courtesy of Noisey at:http://noisey.vice.com/blog/ram-Svbversvm-stream

In an advance 8/10 review of the record, Dead Rhetoric gushes, “Rare is the day where one hears an opening mid-tempo riff and marching sequence for ‘Holy Death’ that captivates in the same way as the iconic ‘Balls To The Wall’ did for Accept listeners in 1984, but RAM succeed in embedding another series of hooks and riffs through this arrangement stage ready for simultaneous axe swings or hip flexing. Other dark chord combinations summon early makings of Savatage and Sanctuary, such as opener ‘Return Of The Iron Tyrant’ and the slow churning triplet action meets brooding clean transitions for ‘Temples Of Void.'” The esteemed blog farther elaborates, “After Death’s more ’70sRainbow/Judas Priest slant, RAM come forward into US metal influences from the ’80s while still maintaining that finesse and melodic sensibility that is necessary for long term retention.” Of second single, “The Usurper,” Heavy Blog Is Heavy notes, “RAM are keeping the dream alive for those clamoring for a modern take on the powerful ’80s metal scene that propelled legends Judas Priest, Dio, and Iron Maiden into the spotlight.” Adds Battle Healm, “From Oscar Carlquist’s screaming crescendo vocals to the heavy, raw twin guitar attack of Granroth and Martin Jonsson, RAM are well poised to bring about their reign of heavy metal tyranny! On this fourth album there is a definite step up in the composing, with some truly heavy and dark material giving a mystical and occult atmosphere to the ten majestic tracks herein, especially with that aforementioned crushing guitar sound made all the more prominent by the big but natural production.”

GWAR returns to the A.V. Club “Undercover” series for the fourth time!