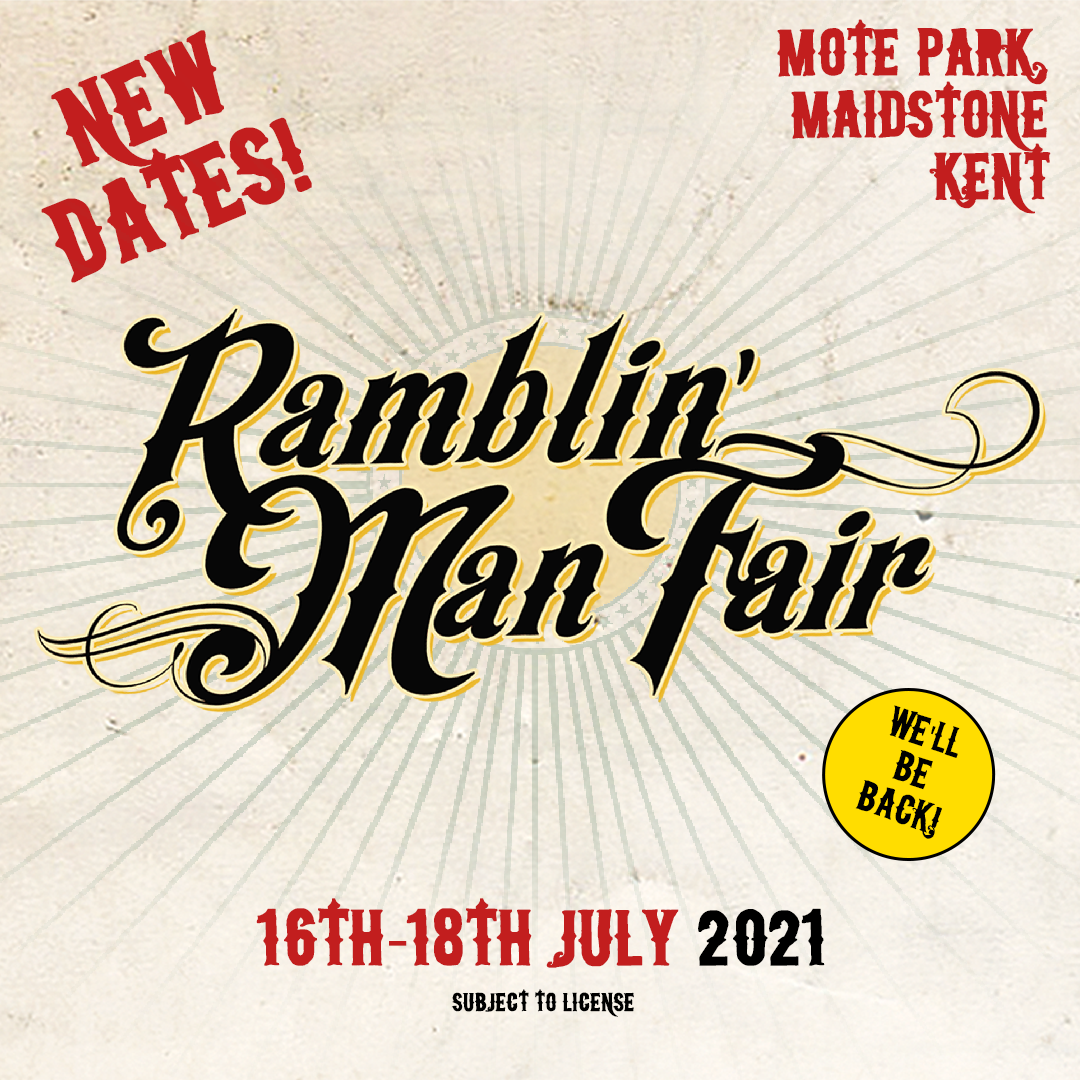 Following on from the critically acclaimed and commercially successful fifth year in 2019, Ramblin’ Man Fair returns in 2021 after having to postpone 2020’s edition due to the COVID-19 pandemic.

The festival will take place on the 16th, 17thand 18thJuly 2021. Ramblin’ Man Fair are delighted to announce the first wave of acts creating an already spectacular bill.

We at Ramblin’ Man Fair are delighted to announce that CLUTCH will be at 2021 and introduce a new festival residency concept.

Clutch are one of the most exciting new generation of rock acts and fans at Ramblin’ Man Fair 2021 will have the unique opportunity to see the band on three separate days playing three different sets. Starting with a Mainstage headline set on Friday, followed by a Mainstage semi acoustic set on Saturday, and closing with a Blues Stage headline jam featuring a host of special guests and special songs on Sunday, you won’t want to miss a moment. The chance to see Clutch in their many guises in 2021 will make Ramblin’ Man Fair a truly unmissable occasion. Ramblin’ Man Fair will be looking to expand the festival residency concept with more incredible acts for 2021.

The three sets over the weekend will be very different:

Friday Night “Who Wants To Rock?”Set – A blistering set of Clutch bangers to kick the weekend off. Full on electric rocking!

Saturday Afternoon “An Afternoon At The Doom Saloon” Set – A slow-burning set of Clutch classics, semi acoustic grooves, and more!  The band will start mellow and acoustic and gradually pick up steam….

Sunday Night “Sound Attack!” Set – The rock ‘n roll masters round out the weekend fusing Go-Go, Funk and some Blues…  This set, featuring a number of special guests, will be the most experimental in nature and the party set!

Formed in 1991, Clutch have released twelve studio albums packed with modern-day classics, including songs such as “Hot Bottom Feeder”, “The Regulator”, “Electric Worry”, “Spacegrass”, “The Mob Goes Wild”, and “50,000 Unstoppable Watts”. The Maryland group’s last two studio albums – ‘Psychic Warfare’ and ‘Book Of Bad Decisions’ were voted Classic Rock magazine’s Album Of The Year. Clutch’s first headline set continues Ramblin’ Man Fair’s intention to find the headline festival acts of the future – the festival also gave Black Stone Cherry their first UK festival headline.
Clutch are a stunning live act – wooing crowds across the globe with their riff driven blues rock. With their breadth of material and versatility, Clutch are the perfect act to launch Ramblin’ Man Fair’s residency concept. The band’s unique three-day three-set run is sure to be a highlight of Ramblin’ Man Fair 2021 and it will exclusively be the only UK festival you can see Clutch at next year.
“We are very flattered to have been asked to do three sets at Ramblin’ Man 2021.  We plan to make each set as distinct as possible.  The first set, on Friday, will be the barn burner, Saturday will be more of a semi-acoustic set, and for Sunday we plan to invite many friends to jam out to the end.  Then, we will sleep.” – Neil Fallon (Clutch)

“Ramblin Man Fair is committed to developing the festival headliners of tomorrow and, wherever we can to, innovate the established format of the rock festival. It’s wonderful then that we can kill two birds with one stone and announce Clutch – the band of the moment in rock terms – and our residency concept together. Three sets in three musical styles on three stages over three days – what better way is there for both Clutch and Ramblin Man Fair to lay out their collective visions?” – Chris Ingham, Spirit Of Rock (Ramblin’ Man Fair organisers)

FOGHAT (Planet Rock Mainstage) – 70’s rock legends Foghat will be making their Ramblin’ Man Fair debut this year and we couldn’t be more excited. With a career spanning nearly five decades Foghat’s live performances show why the band is still around today and why they will be able to keep on rockin’ as long as they want. This band truly is timeless. Constant touring is part of their DNA and the band just loves to play. Their live show is as intense as ever with the incredible energy and musicianship that one would expect and hope for from a seasoned band with such a long musical history.

With a haul of hits including “Drivin’ Wheel”, “I Just Want to Make Love to You”, “Stone Blue”, “Third Time Lucky (First Time I Was a Fool)”and the global smash “Slow Ride”which was voted one of the greatest Best Hard Rock songs of all time by VH1, their set at Ramblin’ Man Fair 2021 will be one you don’t want to miss!


Big Big Train (Prog in the Park Stage Headliner) – One of the giants of the British progressive rock scene, Big Big Train formed in 1990 and have released twelve studio albums. For the first 19 years of the bands life they operated as predominantly a studio based project but have since developed into a stunning live act (their 2015 gigs voted as Event Of the Year by the readers of Prog Magazine UK). The band’s last two studio albums both came out in 2017 – “Grimspound” and “The Second Brightest Star”.


Curved Air (Prog in the Park Special Guests) – Formed in 1970, Curved Air are a British act who fuse elments of progressive rock, folk and classical. The band have released eight studio albums (three of which were Top 10 albums in the UK), have a UK Top 10 single to their name (1971’s “Back Street Luv”) and their alumni include The Police’s Stewart Copeland. After a lengthy hiatus the band came together again in 2008 with the “Reborn” album. A classic band who will deliver a stunning live performance at Ramblin’ Man Fair – a UK festival exclusive for Curved Air in 2021.


FESTIVAL LINEUP TO DATE BELOW

All tickets are available at the link below:
https://www.ramblinmanfair.com/buy-tickets/