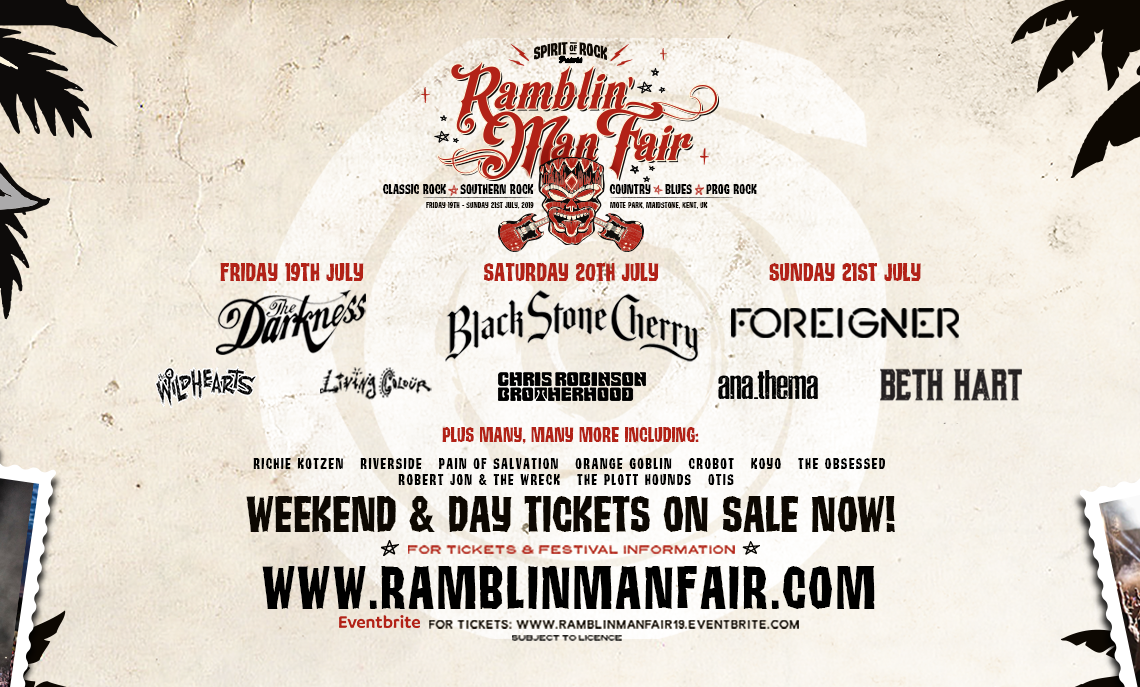 BLACK STONE CHERRY (SATURDAY NIGHT HEADLINER) Black Stone Cherry bridge the gap between the blue collar craftsmanship of dirty, blues-y, pedal-to-the-metal Hard Rock steeped in the ancestral lineage of Southern Rock and the warm, broad embrace of the rock radio mainstream. The band’s substantial catalogue include the critically acclaimed current studio album, ‘Family Tree’, plus their eponymous debut, ‘Folklore And Superstition’, ‘Between The Devil And The Deep Blue Sea’, ‘Magic Mountain and ‘Kentucky’, as well as hit singles such as ‘Lonely Train,’ ‘Blind Man,’ ‘White Trash Millionaire’, ‘Me and Mary Jane’ and ‘The Rambler.’

The group’s southern-tinged style and homespun attitude connected particularly well overseas, where its last four albums hit No. 1 on the U.K. rock charts, with both ‘Kentucky’ and ‘Magic Mountain’ debuting in the Top 5 on the U.K. album chart overall.  We are delighted to have them as our Saturday Headliners!”

Black Stone Cherry say – “We are beyond excited to be making our second appearance at Ramblin’ Man Fair! We absolutely love this festival and the music and fans it accommodates!!!! Peace, love and southern rock n roll!” 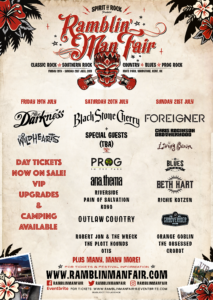