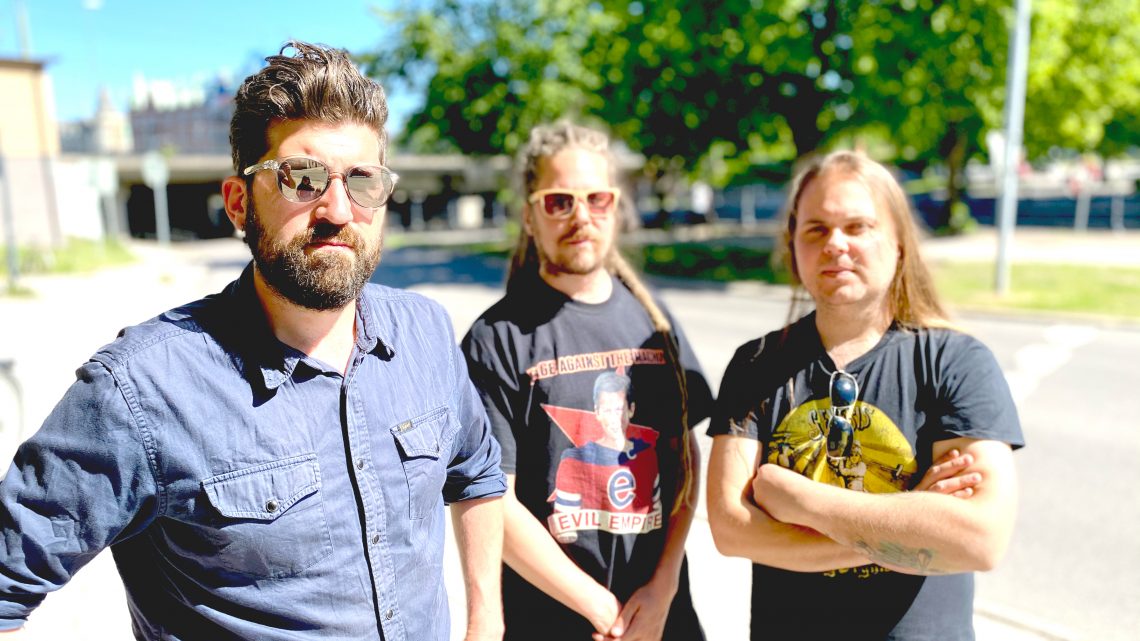 After couple of years of working with English Progressive rockers Big Big Train and touring solo, Swedish multi-instrumentalist Rikard Sjoblom has returned to his day job. Gungfly are a power trio made up of Sjoblom on vocals, guitar and keyboards, and brothers Petter and Rasmus Diamant on drums and bass respectively. His extra curricular activities have meant that Alone Together has been in the works for two years.

Recorded as a trio, it gives the album a raw, live sound with keyboards adding addition layers of colour on top. The influences contained within it range from folk, jazz through to hard rock. The varied musical smorgasbord provides a great background for the journey through the six tracks. Recording as a trio allows the music room to breath, with the only embellishments coming from keyboards. This brings the songwriting to the fore, rather than the listener being drawn into lush, complex musical arrangements.

Opener, the 13 minute The Traveler  immediately transports us back to a 70’s era prog sound. It’s one of two lengthy epics that bookend the album. I know it’s a classic cliché when reviewing prog records, but it brings to mind early Genesis. The use of organ and heavier sounding Jon Lord– esque keyboards further emphasise the retro feel to the sound. The instrumental sections allows Sjoblom to display his undoubted virtuosity on both guitar and keyboards.

Next up is Happy Somewhere In Between. The intro has a straight ahead hard rock sound to it, before giving way to a high energy  retro sounding keyboard riff. The humorous lyric shows a different side to the Sjoblom‘s writing. From there, we move on to Clean as a Whistle. Beginning with a quiet acoustic section, the first half of the song has a laidback jazzy feel. This gives way to combination of straight ahead rock and proggy keyboard riffs. It shouldn’t work, but it does, again evoking a Deep Purple mk2 sound to these ears.

The title track deals with the effect of social media upon people’s lives. Sjoblom attacks it and its power to make us think the rest of the world is living a happy perfect life, because of sugar coated posts that reflect this. The song deals with the fall out of this and losing touch with reality as a result. A powerful message, particularly in today’s restriction dictated existence, when we’re all on the inside looking out. Musically, it jumps from one motif to another throughout. Its a varied journey, but, again, has a 70’s hard rock as its basis, before heading off on more prog rock noodlings. Jazz Odyssey anyone?

From Afar, is the shortest track on offer at under three minutes. It’s an acoustic song, one voice, one guitar and piano. By far the least challenging of the tracks on offer. It’s a welcome breather in amongst the more complex musical workouts throughout the rest of the album.

In the accompanying press release Sjoblom states that he feels that he’s been shoehorned as a prog artist, but that large parts of his music aren’t that progressive. The 14 minute closer On The Shoulder of Giants provides a clue to where he is coming from when he name checks Frank Zappa as an influence. Zappa described himself as a jazz bandleader more rather than musician. Throughout the track there are elements of this approach. Extended musical breaks, again, take in influences from hard rock, jazz and prog without completely putting a foot in any of those camps. There are numerous different sections in the near quarter of an hour journey this track takes us on. This track is the highlight of the album as a result. You may roll your eyes at the thought of a track that length, but it flies by in no time.

In summing up this album, it’s hard to disagree with Sjoblom’s assertion that he’s not exclusively a prog artist. The power trio line-up creates a hard rock base upon which he’s managed to incorporate numerous influences, one of which is prog. Elements of jazz, folk and country are thrown in too. This allows him to achieve his aim for the album, that there is enough here for everyone to take something from it. It’s no mean feat to create such a complex mix of styles, whilst still giving the music room to breathe. He should be applauded for his ambition in doing so. 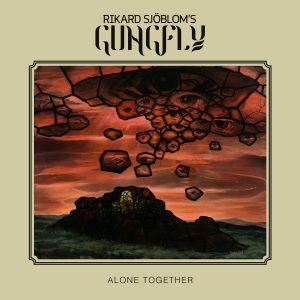 2 – Happy Somewhere In Between

6 – On The Shoulders Of Giants