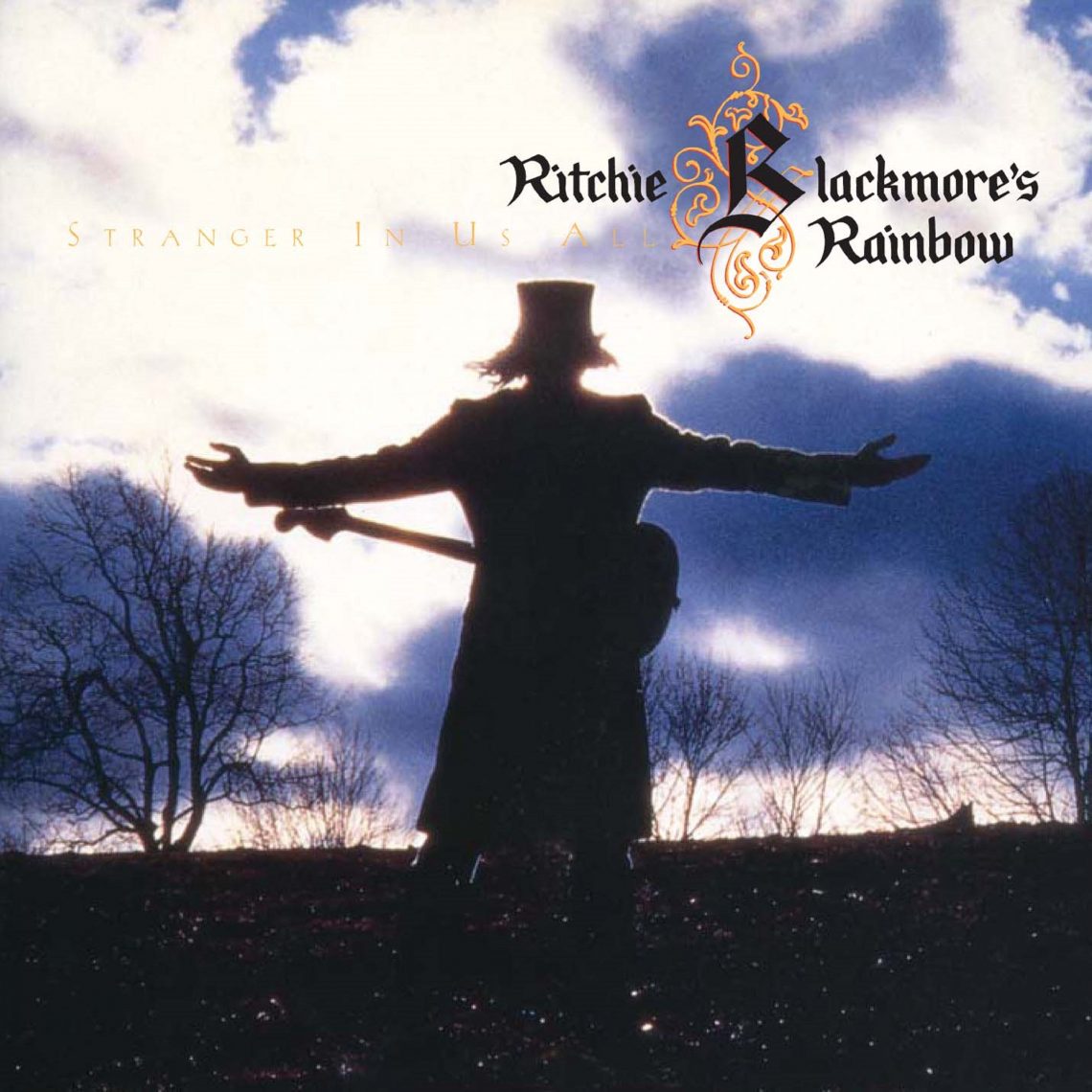 Stranger In Us All is an unfairly overlooked gem in the Ritchie Blackmore’s Rainbow back catalog.

Originally released in 1995, this re-mastered digi-pak version now includes, Emotional Crime which was from the Japan release, a radio edit of the single Ariel. & an incredible live recording of The Temple Of The King with Doogie on vocals.

Ritchie himself is on fine form on this album & even re-visits the Yardbirds classic Still I’m Sad, which was on Ritchie Blackmore’s Rainbow debut 20 years earlier. Looking back, it’s quite fitting that Stranger In Us All  finished with said track just like the debut, as after this album Ritchie broke the band up. It was to be another 20 years before Blackmore would put a line up of Rainbow back together (but that’s another story all together).

This album has so much in common with the previous Rainbow releases & there’s certainly a fair few familiar phrasings in Blackmore’s playing that will have you smiling with recognition.

Of course, no Rainbow album would be complete without a nod to the classical influences & Stranger In Us All is no expectation.  A stunning version of Hall Of The Mountain King is as good as it gets & backed by the aforementioned musicians (who at this point were almost unknowns in their fields of expertise) is tremendous. Doogie does an amazing job of interpreting Candice Night’s (Ritchie’s wife) lyrics for this track.

The booklet that accompanies this release is really nice. Coupling images of personal items from Doogie White but also his personal account of this time period in the liner notes is just outstanding.

Fingers crossed this album finally gets the recognition it deserves.