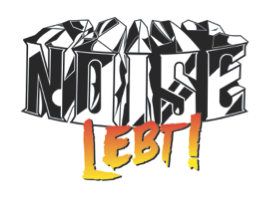 The creation of Karl-Ulrich Walterbach, Noise Records’ origins lay in the late 70s/early 80s West Berlin punk rock scene. Due to the influence of Los Angeles hardcore punk masters Black Flag, Walterbach would gradually turn his interests from punk to metal, forming Noise Records in 1983 as the European response to the likes of Metallica and Slayer. From there, the label would enjoy an unprecedented signing streak of bands who would play a significant role in defining underground metal as we know today.

But it was the success of Helloween that propelled Noise to the next level. The band’s twin Keeper of the Seven Keys albums (Part I and II) were milestones for the genre. Guided by the stratospheric vocals of Michael Kiske, Helloween’s epic, strident, and symphonic numbers were in a league by themselves circa the late-80s. And with hit songs such as “Future World” and “I Want Out” leading the way, Helloween became the first Noise outfit to reach seven-digit figures in album sales.

Not wanting to contend with the oncoming digital revolution, Walterbach sold Noise to Sanctuary Music in 2001. Sanctuary would steer Noise for the next six years, helping launch the career of multi-national power metal sensation Dragonforce, until it was sold to Universal Music in 2007. Noise’s catalog has laid dormant ever since…

There will also be a 1CD eight track Noise Album Sampler. Tracklisting below