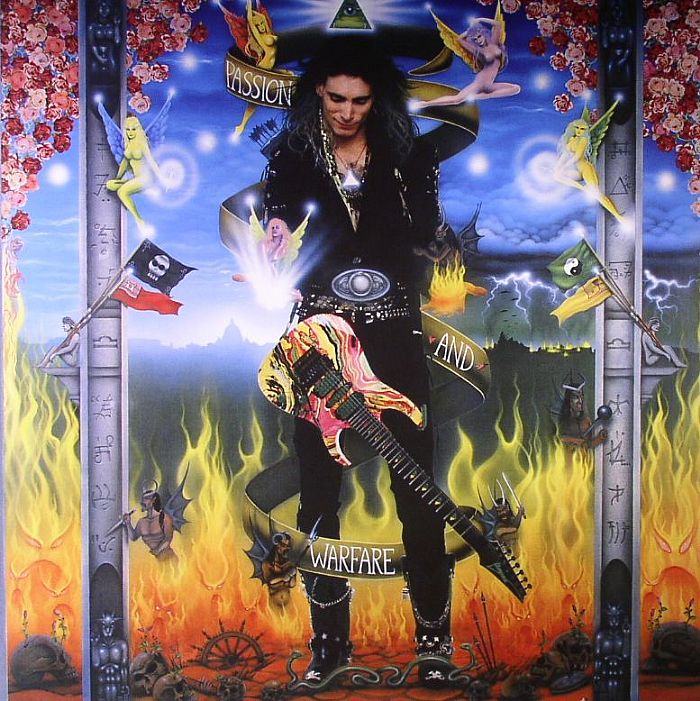 This was the 1st night of what will become, a 6 month tour to celebrate the 25th anniversary of Steve Vais land mark & 2nd solo album Passion & Warfare.

Coming on stage to this excerpt of the Crossroads movie


Before launching into the first licks of the infamous guitar dual from that movie & going straight into Bad Horsie
you knew right away that you where in for a very special 2.5 hours with the master of the space age guitar.

There was no Passion & Warfare backdrop which one expected. Instead what we were treated to was a video screen that projected kaleidoscope imagery, which I interpreted as showing the inner workings of Vais, strange yet mysterious mind.  Also projected throughout the set where the video singles for tracks For the Love Of God, The Audience is Listening (which featured a guitar battle with John Petrucci of Dream Theater via the video screen) & I would Love To.


Steve Vai himself noted that these videos were ‘kookie & back then (early 90’s) you could get away with anything.’ 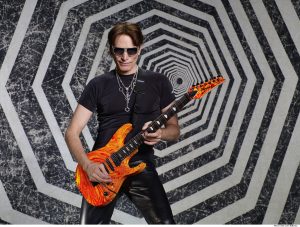 At the end of the Passion & Warfare set. Steve became very emotional by the reaction of the crowd. He explained that after months of work concentrating on not only all the extremelly complex arrangements of the music, but also the inclusion & interaction of the video screen, the reception the crowd gave him for the performance ‘blew his mind’ & he appeared to be genuinely tearing up.

One of the highlights was Stevies Spanking. Originally recorded with Frank Zappa the track was accompanied by a video of Steve & Frank performing the track together. It was obvious to the audience that this was one of the proudest moments in Vais career. While he was playing the track he couldn’t keep his eyes off the video screen to watch his mentor & friend.

Build Me A Song featured 3 unsuspecting members of the audience to sing drum beats, bass grooves, rhythm guitar parts & Steve’s melody lines, to which the band would replicate & of course write a song there on the stage. The trio was then asked to sit on the stage & watch the rest of the set. What a very special moment for the 3 lucky audience participants.

This was a spectacular show. The sound was amazing, Steve’s playing was exceptional & the band were tighter than a submarines air locks.

Plenty of wah pedal, whammy bar abuse & of course many notes per minute played in the effortless style that Steve Vai is a master of.

To witness the 1st ever play through of Passion & Warfare was an out-of-body  & an emotional night, not just for Steve but the audience too. 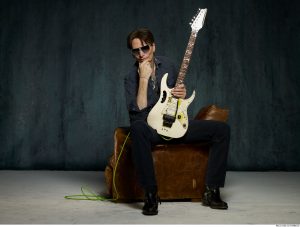 Commemorating the 25th anniversary of Passion and Warfare comes a special 2CD edition of the album which includes the first-ever release of Vai’s Modern Primitive songs and recordings. Based on song sketches and works-in-progress penned, and recorded, by Vai following the release of Flex-Able, the artist’s debut album, in January 1984, the music on Modern Primitive has been completed by Steve for release as a full album bonus disc in the Passion and Warfare 25th Anniversary Edition.