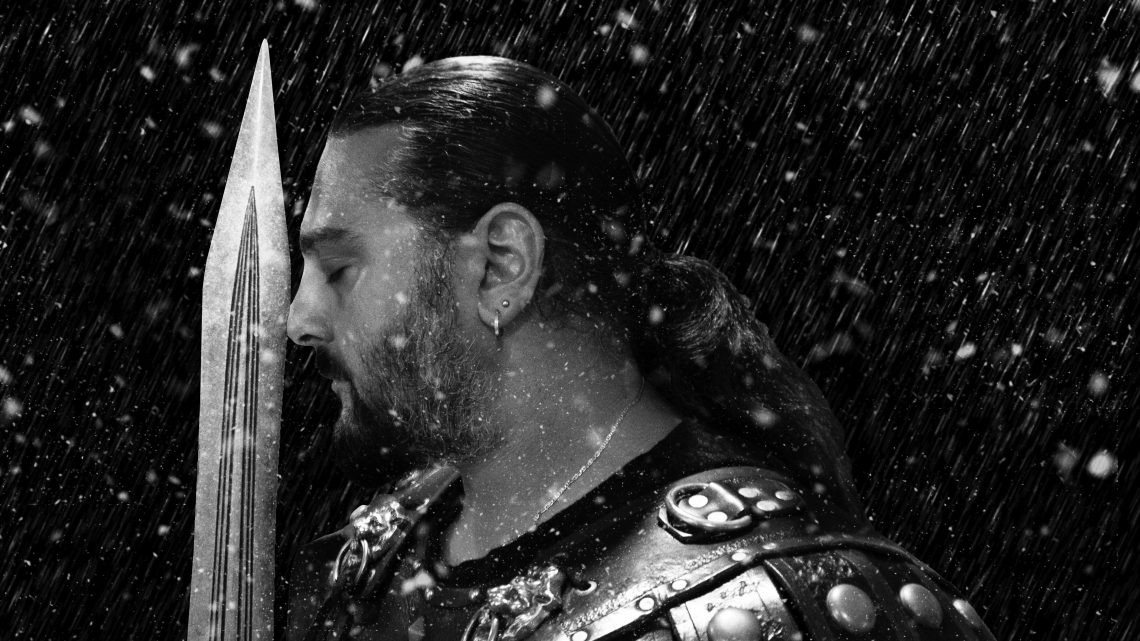 On The Thirteen Years Of Nero, the Roman Empire inspired symphonic death metal band transports the listener back to Ancient Rome with 10 cinematic masterpieces that tell the emotional, conceptual story of the reign of Emperor Nero. Accented by sounds of ancient instruments like lyra and harp and detailing the harrowing stories of Nero’s surroundings, close allies and enemies, listeners will connect with intense psychological tones of political turmoil and paranoia!

Today, EX DEO has revealed a bludgeoning brand new track from The Thirteen Years Of Nero, entitled “Imperator”, alongside a brutal, cinematic music video. The track connects with a colossal, threatening introduction before slithering into its verses with low guitars, trudging drums and haunting, multi-layered vocal passages.

Frontman Maurizio Iacono says about “Imperator”:
“We wanted to release a heavy hitting first single and there was no doubt that “Imperator” in all of its grandiose aura and power was the choice. On the album, the song introduces Nero as the new Emperor of Rome. For the video, we used acclaimed video director Scott Hansen and together we recreated a dinner party in true Nero style like you never seen before, you have been warned!”

The Thirteen Years Of Nero pierces through the silence with its first auditory spear, “The Fall Of Claudius”, immediately drawing the listener in with a savagely heavy, grooving riff, ground-shaking swells and warning strings and horns. Discordant harmonies collide as a mosh-worthy battle riff chugs and pinches through the center of the song, showcasing the ruthlessness to come. “The Head Of The Snake” and unforgivingly immense “Britannia: The 9th At Camulodonum” balance sinister, spectral-like channels with up-tempo elements, racing like a chariot of symphonic death metal influences that careen the listener back to a sonic dimension of time forgotten. Standout opus “Boudicca (Queen Of The Iceni)” features the deft vocal stylings of Unleash The Archers frontwoman Brittney Slayes, the album’s weightiest thunderous percussion work and a glistening guitar solo, while the embers of pulsing “The Fiddle & The Fire” spark as the track traverses methodically yet steadfastly, like an iron striking a blade. “Son Of The Deified” and “What Artist Dies In Me…” bestow some of the album’s most strikingly dynamic guitar work, as well as ominous instrumentals, orchestral and choral pathways, before closing with the superb epic “The Revolt of Galba”. The track ebbs and flows between grooving, eerie piano-laden riffs and crystal-clear flourishes bestrewn with soaring strings.

With The Thirteen Years Of Nero, EX DEO have released their finest work yet while telling a timeless story of political intrigue, suspicion, evil and tyranny!

Maurizio Iacono says about The Thirteen Years Of Nero:
“When it comes to Ancient Rome, the content is long, rich and extensive, the personalities reflect every society imaginable from just, fair and generous to greed, evil and merciless. The world we live in today was shaped by Rome – it doesn’t take much see it all around you in the simplest things. For this record, it was the proper time to fallow the timeline of one Rome’s most controversial figures, Nero. On this album, we follow him through his thirteen-year journey as emperor of Rome and unveil the true face of one of the world’s most worshiped villains.” 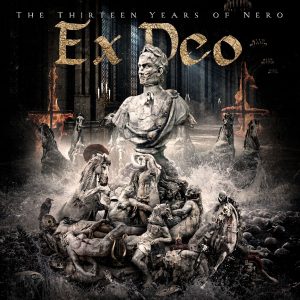 The Thirteen Years Of Nero tracklisting:
1. The Fall of Claudius
2. Imperator
3. The Head of the Snake
4. Boudicca (Queen of the Iceni) Feat. Brittney Slayes
5. Britannia: The 9th at Camulodonum
6. Trial of the Gods (Intermezzo)
7. The Fiddle & the Fire
8. Son of the Deified
9. What Artist Dies in Me…
10. The Revolt of Galba 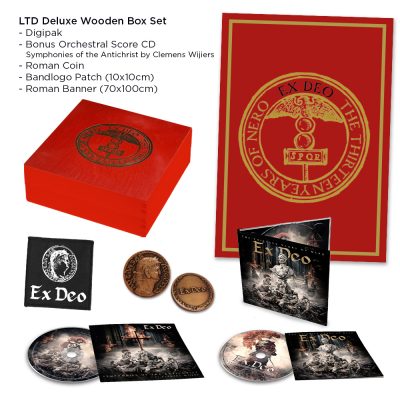