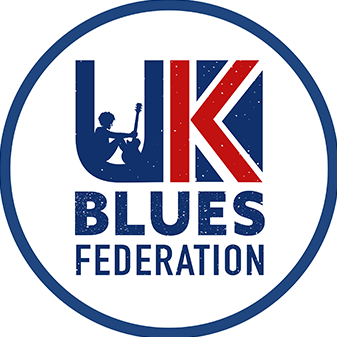 The 2021 UKBlues Awards ceremony will take place on 9th May, hosted — once again – by blues legend and broadcaster Paul Jones

The prestigious ceremony was to have been staged at The Powerhaus, Camden (formerly Dingwalls). Sadly, circumstances have meant that that venue had to be cancelled for this year. Instead, the organisers are once more staging a virtual event, to celebrate the U.K. Blues scene which will take place at 18.00 on Sunday 9th May 2021. 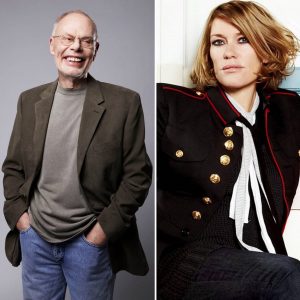 The event is produced and created by Paul Long and will feature cavalcade of high-profile guest presenters, including: Joe Bonamassa, Cerys Matthews, Erja Lyttinen, Bob Harris, Kaz Hawkins, Mike Vernon and Jon Cleary. What’s more, the awards named after their respective late husbands will be presented by Lorna Fothergill and Suellen Raven.

Compère Paul Jones will also present the International Artist Award as well as a special feature in remembrance of the late Chris Barber, in which Paul will reminisce about the man credited by many with introducing the Blues to the UK, with Andy Fairweather Low.

As you’d expect, given the events of the past year, the event and awards categories and nominations have changed, to reflect the very different musical scene that evolved over the lockdown-dominated landscape: one almost devoid of gigs and festivals, but where online content — such as livestreaming — came to prominence.

In the words of Ashwyn Smyth (Founder & Chair of the UKBlues Federation): “It does not need me to tell you that 2020 was a year like no other. However, as a Federation, we are determined that what people have done to support, promote and play the blues in this incredibly difficult time should not go unmarked.

“We have had to make a few changes to some of the categories and, in particular recognition of the originality and creativity people have shown, we have introduced two new categories: Most Inspirational Online Performance of the Year and Most Innovative Use of Virtual Media of the Year.

“In announcing  the results of the 2021 UKBlues Awards  Sunday 9th May 2021, we want to recognise and pay tribute not just to the winners and the finalists in each category but also to everybody involved in and with the blues in the UK who have done what they can to keep music alive throughout this ongoing pandemic.” 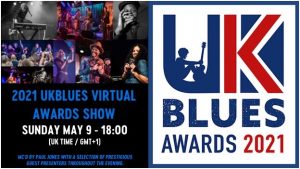 Watch the U.KBlues Awards on May 9th at 6pm on the UKBlues Federations Facebook or YouTube pages.