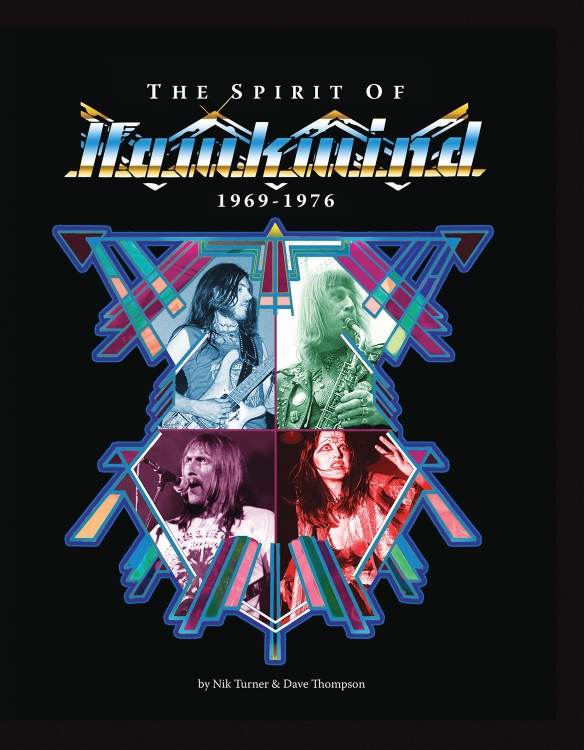 Los Angeles, CA – They were one of the most groundbreaking rock bands to emerge from England in the late ‘60s whose improvised theatrical stage performances, DIY costumes, and larger-than-life stage presence earned them a cult-like following that persists to this day. And now the exhilarating story of Hawkwind’s most crucial years is about to be told. The Spirit Of Hawkwind 1969-1976, available everywhere on October 30, is the first ever behind-the-scenes look at the meteoric rise of this motley crew of space rock hooligans as told by one of its captains, co-founder and saxophonist Nik Turner. With assistance from music historian Dave Thompson, Nik gives readers the ultimate insider’s guide to Hawkwind, sharing his personal recollections both hilarious and horrifying, from the infamous drug bust of bassist Lemmy, to the group’s shocking performances at Glastonbury Festival. If it happened, it’s here, warts and all. The hardcover book features 300 pages of rare and never-before-seen photos as well as a comprehensive discography, gigography, and a reproduction of Nik’s tour diary from the band’s first US tour in 1975. In addition, the book will include a precise reproduction of the 1971 “Sonic Attack” 7” promo one-sided single housed in a cloth bag plus a full reproduction of a 1971 6” x 9” 20-page promotional booklet. If you’re a Hawkwind fan, Christmas has definitely come early this year, and if you aren’t already a fan prepare to get swept up by The Spirit Of Hawkwind!