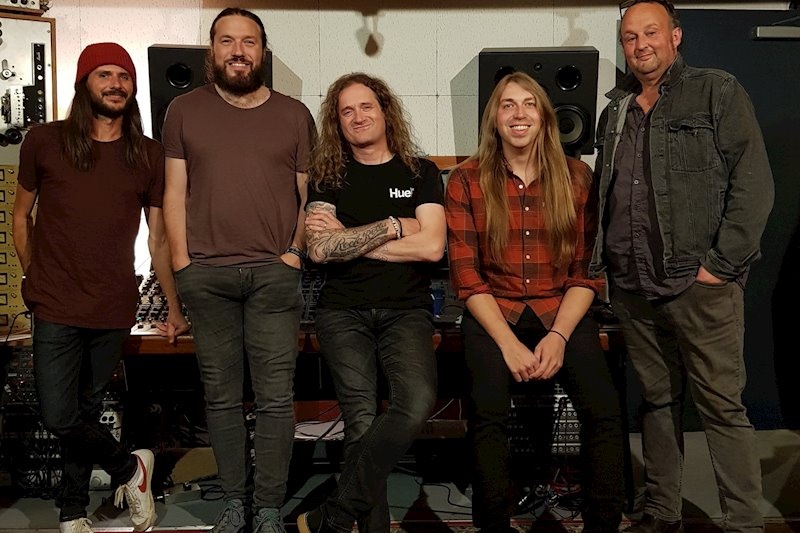 The “rocked up” version of John Farnham’s 1986 global smash hit is the brainchild of Wyatt Wendels with Toby Jepson, of Wayward Sons and Little Angels fame, producing the track.

Recorded by the Planet Rock All-stars band at Vale Studios in Worcestershire, rock royalty feature on the new charity single, including: 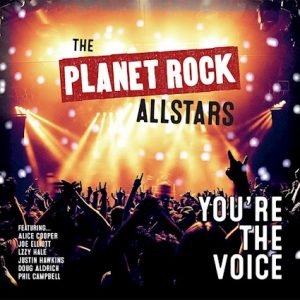 ‘You’re The Voice’ is released digitally on Friday 6th December, while a limited-edition CD version costing £5 will be available to buy throughout Wyatt’s epic 2000 mile Road 2 Rockstock 2 cycle trek.

Set to be premiered in due course, all proceeds from the single will go directly to mental health charity Mind.

A glutton for punishment, this time around Wyatt will be covering 2000 miles in 2 weeks, visiting landmarks and famous music venues on the way, whilst averaging 135 miles a day for 15 consecutive days. He hopes to raise more than £75,000 for Mind.

Sponsor Wyatt and donate to Mind via JustGiving.

“It is amazing how a simple thought can just snowball into something so big! I knew I was going to do another Road To Rockstock, and again for a mental health charity and so I had the idea about the possibility of recording a song that had the words and meaning that would fit with the charity. Then I thought of John Farnham’s ‘You’re The Voice’ and remembered how much I’ve always loved that song (handclap intro aside!)!”, says Wyatt.

“I ran the idea by my old friend Toby Jepson. Not only is he fantastic musician and producer but a great sounding board for ideas. He loved the idea! Within 48 hours Toby had secured a studio to record the track and then we got together and worked through all our friends and contacts to figure who we could arrange to appear on the track and who would actually be available. I figured I’d give myself one less instrument to worry about by myself playing drums… dealers choice 😉

‘You’re The Voice’ will be released digitally on Friday 6th December. It will be UK chart single linked so we can at least try and get a Top 40 single! There will be a VERY limited edition CD single available with a couple of alternative versions of the song. They will be £5 each and if you can find me you can get them from Friday November 22nd and throughout the Road To Rockstock. Anything left will be available at Rockstock and if anything remains after that they will go on the website, but when they are gone they are gone! All proceeds will go to Mind and I personally think the lyrics of the track are perfect for the cause.” – Wyatt Wendels

The Planet Rock All-stars band are: