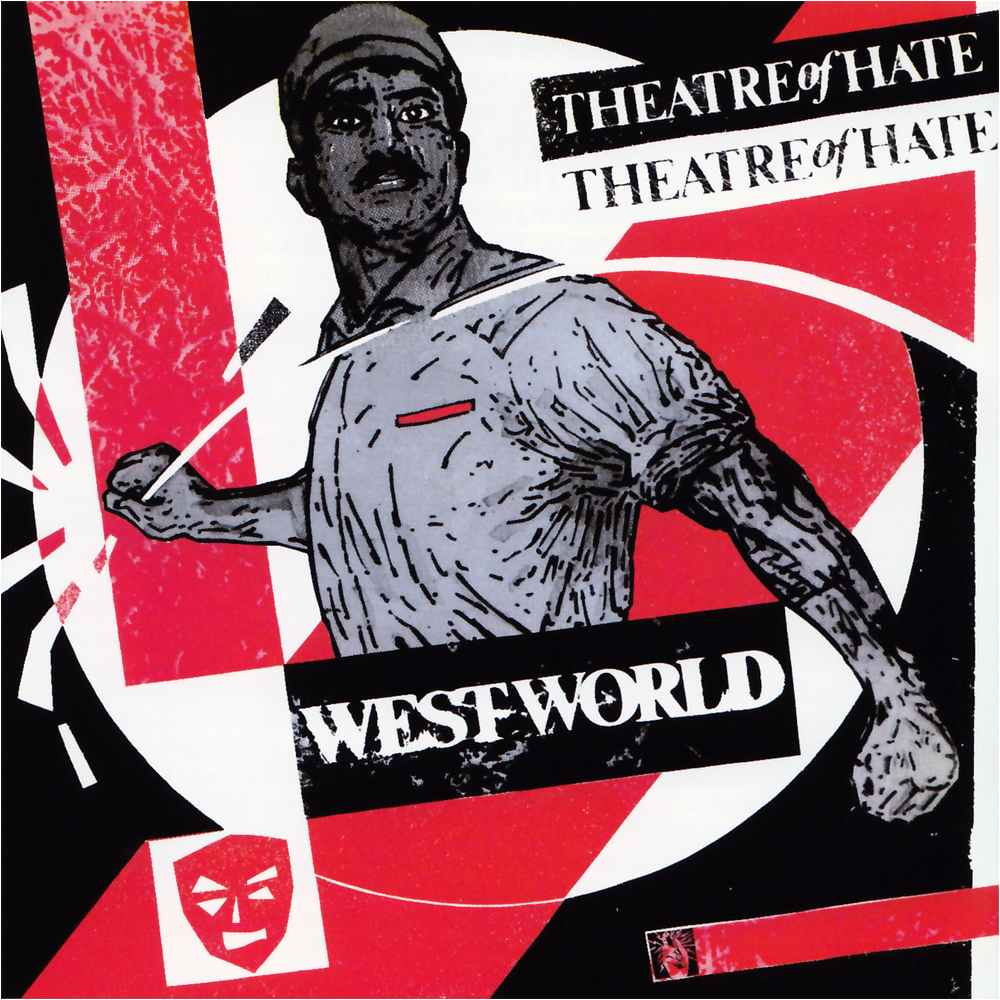 Formed from the ashes of punk band The Pack, Theatre of Hate blazed their own trail through the post-punk netherworld of the early 1980s with a string of indie hits, fuelled by an unparalleled reputation as a formidable live act.

After several acclaimed 45s and a live album He Who Dares Wins. Theatre Of Hate recorded their debut studio album with legendary Clash guitarist Mick Jones producing. The resulting LP, Westworld, was issued in February 1982 and reached No. 17 in the UK charts, promoted by a Top 40 single ‘Do You Believe In The Westworld’.

Theatre Of Hate continued to enjoy success throughout 1982 with new guitarist Billy Duffy in tow, releasing a second live album (He Who Dates Wins: Live in Berlin) and more singles. However, sessions for a second album, Aria Of The Devil, were eventually abandoned, and the band broke up. Kirk eventually re-emerged in Spear of Destiny.

For some years now, Kirk has fronted a new-look Theatre Of Hate, who are due to unveil their first studio album since Westworld. Entitled Kinshi, in October.

Unavailable for many years on CD, Westworld has now finally been treated to a deluxe edition. Alongside the original album, which has been Remastered, are bonus tracks from the companion single, previously unreleased tracks from the band’s John Peel sessions, a unique Top Of The Pops version of their hit, alternative mixes and a bonus live disc featuring a previously unissued recording of a live concert from the Westworld tour.

Housed in a clamshell box, the package also boasts within the booklet a raft of illustrations and fresh sleeve-notes penned by Moko’s Pat Gilbert drawn from interviews with band members.

This Deluxe edition of Westworld is the first of several releases, which will reposition Theatre of Hate as true pioneers of the Post-Punk era. Watch this space!