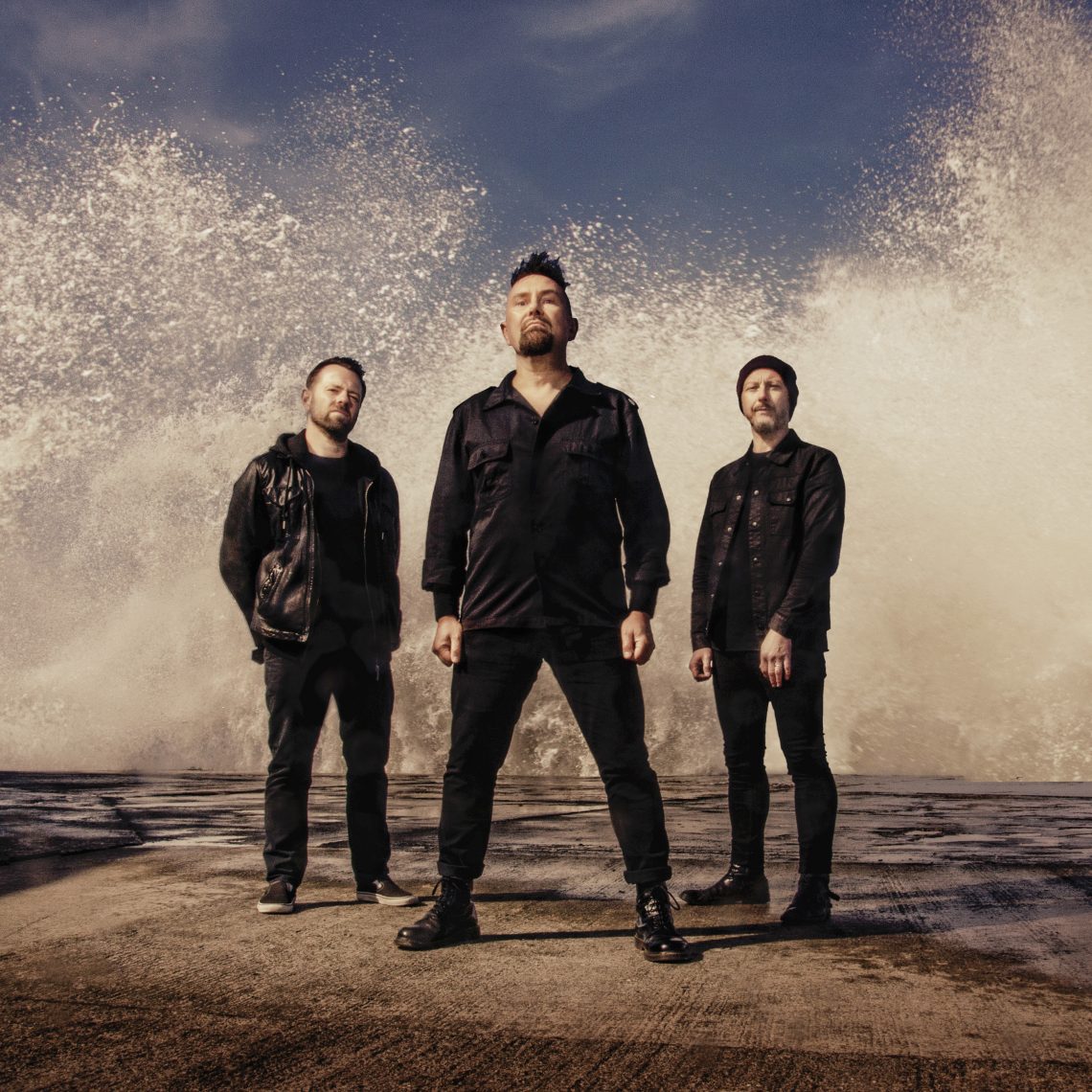 Therapy? have announced that their forthcoming album ‘CLEAVE’  will be unleashed to the world on 21st September 2018 through Marshall Records.

You can now pre-order the album via Amazon, iTunes and Pledge Music HERE

Fans can head on over to Pledge Music for the following limited edition items. Some items however are now running low on stock, or have sold out entirely.

Signed, numbered and dated handwritten lyrics for Callow – SOLD OUT

Therapy? recently released a music video for their new single ‘Callow’, which was directed by Sitcom Soldiers HERE

Andy Cairns talks about the inspiration behind the track Callow, taking influence from the likes of Stephen Fry, Lil Peep and how the videos visuals are representative of a zombified society under pressure to utilise Xanax as a form of therapy.

“Callow is one of two songs on the album that I wrote start-to-finish. Everyone who knows anything about our band know that I love Hüsker Dü and The Buzzcocks and Ramones, and this is another melodic punky song in the vein of Nowhere and Screamager and Lonely, Cryin’, Only, with maybe a hint of the Manic Street Preachers The Holy Bible too. My son Jonah is really into a rapper called Lil Peep, which sounds to me like emo with trap drum beats, with lyrics about how fucked up and lost and lonely he feels, and I managed to get Jonah a ticket for his show in London last year. A few months later he said to me, ‘Lil Peep is dead’, and I could see that he was really affected by it: I realised that, for him, this was like the passing of John Lennon or Ian Curtis or Kurt Cobain.

In some of his music, Lil Peep talked about the antidepressant Xanax, the over-use of which has become a real problem in the UK, and while I was thinking about that I remembered a Stephen Fry quote where, after he was prescribed antidepressants to combat his manic depression, and he said that he felt like a zombie for months. He said something like, ‘If you take away my demons, you’ll also take my angels.’ His point was that, yes, there were dizzying heights and terrifying lows without antidepressants, but he’d rather have that than constant numbness. So this song is talking about how we negotiate the chaos of life right now, and to understand why someone might numb out so that they don’t notice our divides.”

CLEAVE (auto-antonym) i. To prise apart ii. To bring together

Therapy?’s fifteenth studio album, CLEAVE will be released on September 21st 2018. Roughly themed around notions of duality and division, the band’s follow-up to 2015’s acclaimed Disquiet – and their first recording for new label Marshall Records – is a sharply focused, fiercely intelligent, impassioned and empowering set of songs from a band operating at a creative and artistic peak. A scathing, incisive state-of-the-nation address, investigating the schisms in contemporary society and the motivations of those seeking to propagate disjuncture, it’s a powerful, challenging, uncompromising collection from a band never afraid to confront and dissect humanity’s darkest impulses.

From the thrillingly propulsive assault of Wreck It Like Beckett via the addictive Callow (the album’s first single, out now) and the unsettling I Stand Alone to the disquieting, bleakly beautiful No Sunshine, the ten tracks which make up CLEAVE coalesce to paint a portrait of a fractured, dislocated world rent by unprincipled, mendacious masters. 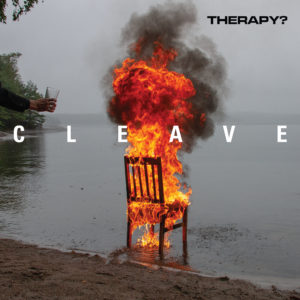 The album artwork and track list for CLEAVE has now been revealed.

Andy Cairns is justifiably proud of the unified drive and restless creativity evident in this powerful, questing collection and says this about the forthcoming opus

“I know that we can be a difficult sell, because we have no particular niche and no desire to conform,” he admits, “but Therapy? have always been the kind of band that when people discover us, they immerse themselves deep and keep us close to their hearts. We’ve never been part of a trend, so we’ve never been cast aside when fashions changed. CLEAVE, to me, is Therapy? at our most focused. I love our more experimental side, but I also love that this record sounds like it was made by a band who’re all reading from the same script and moving forward with the same determination and hunger.”

“We’re living in a time riven by conflict,” Andy Cairns states baldly. “You look at what’s happening in the United States at present, what’s going on with Brexit in the UK, with North and South Korea, with Palestine and Israel, and it’s impossible not to see turmoil and turbulence. Some of these conflicts have been going on as long as I can remember, but they seemed to really reach a head again around the time we were writing the album. CLEAVE is our response to the divisions we see all around us.”

The result is one of the most formidable, provocative and impactful albums of Therapy?’s storied 29 year career, once again proving that the band’s pre-eminence as one of the UK’s most inventive, fearless and individualistic musical artists.

Therapy? Will embark on an album release tour in November across the UK.

Stay tuned for more on Therapy?.