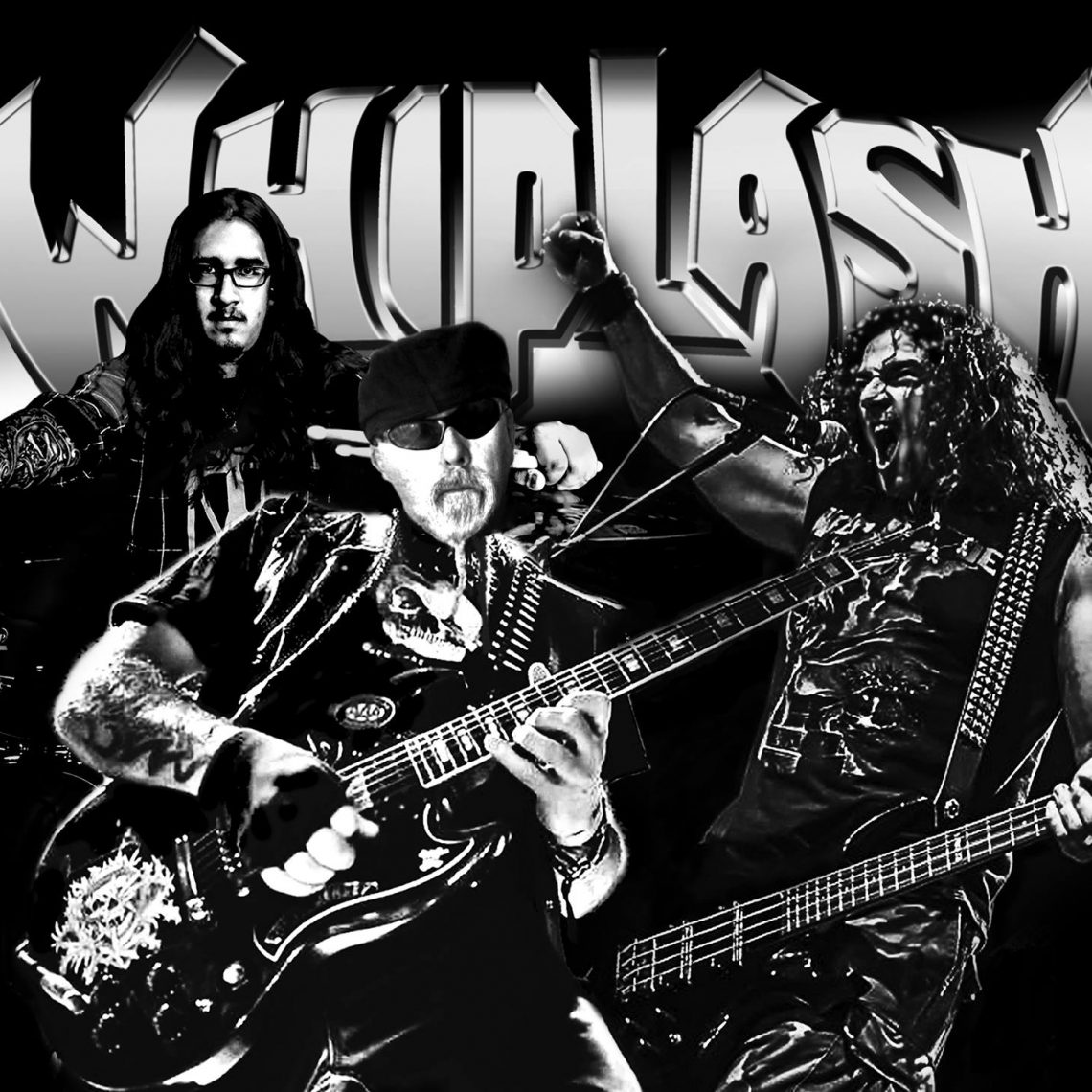 Whiplash formed in New Jersey in 1984. Did they name themselves after the Metallica anthem from Kill ‘Em All? Probably.

‘The Three Tonys’ who all had Italian surnames making them sound like a gang of hoodlums from a subplot in The Godfather were the brains behind Whiplash.

Thrash still being relatively wet behind the ears and still a burgeoning genre, Whiplash were signed to Roadrunner Records and put out their first full length album in 1986.

Power and Pain was similar to a lot of other releases at the time only not quite as good. The production wasn’t great which doesn’t help, but the band’s sound was quite, well, generic. It’s as if someone said “hey, thrash is popular, let’s make an album” and tried to incorporate all the elements required without realising that passion is a key ingredient. There are a few reasonable songs on here though. The solos on Red Bomb are right up there with your Holts and Hammetts. Power Thrashing Death is a pretty decent, anthemic song even if the idea may have come from Anthrax‘s Metal Thrashing Mad.

1987’s Ticket to Mayhem seemed to be a huge improvement. Walk the Plank is way better than 90% of their debut and it now sounded as if they were doing something they wanted to be doing. And it continues. This record is full of fantastic thrash treasure.

Insult to Injury followed two years later. It kicks off with a great thrash riff, but what’s this? What happened to the vocals? They are much more melodic. It’s like listening to a different band altogether. Were Whiplash a kind of metal Jekyll and Hyde? It was certainly looking that way, although the musicianship on this album can’t really be faulted.

There was nothing new from Whiplash for a few years, right in the middle of the dark days of thrash. Cult of One hit the shelves in 1996. Such Is the Will starts with a melodic distortion-free guitar and then there’s a modern Metallica style riff and then it’s on to something more akin to Machine Head and then we get Phil Anselmo-style vocals. It really is a cobbled together mix of a great deal of styles. The whole album weighs in at just over an hour and there’s not a fast song present, but it was reasonable enough for the time, I suppose.

Sit Stand Kneel Prey followed a year later and starts off a bit more promisingly. Is that a riff that was leftover from Megadeth‘s Countdown to Extinction on Climb out of Hell? It sounds like it. And the singing had changed once again. It’s certainly better than Cult of One, but it would have been preferable if Whiplash could just have settled on who they wanted to be and stuck to it. There are other parts that sound like they could be robbed from elsewhere too. There’s a definite Pantera Five Minutes Alone vibe on Knock Me Down. And there are parts of that song that sound Sabbath-esque and even a bit like Corrosion of Conformity in their Deliverance era. What a mess.

After two albums that were best forgotten, we get to 1998’s more promising-sounding Thrashback. Is the title which suggests they’d moved back in the right direction and adequate description of its contents? Yes, it is. It was like the last ten years hadn’t happened and the fast songs, quick riffs and lightning solos were back. Hooray! Whiplash were thrashing like it was 84 once more.

So it was natural now they were back on form to take a long break. *facepalms*

2009’s Unborn Again was the next full length album from Whiplash. It was eagerly anticipated, mostly to see if they would continue on the right track. It starts off with a bit of double kick drum that would put Dave Lombardo to shame. And that’s a decent thrashy riff too. The vocals are a bit on the melodic side, but they’re low enough in the mix for it not to matter. The whole album is pretty damn good, helped by the resurgence of old-school sounding thrash.

It’s difficult to say how many different sounds Whiplash have had through the years, but there is at least an EP due out this year, they say. It’s called Old School American Way and it’s the one that’ll sound like Slayer or Exodus or Metallica or someone else. Possibly. Wait and see.

Put them on your playlist: Power Thrashing Death, Walk the Plank, Stab