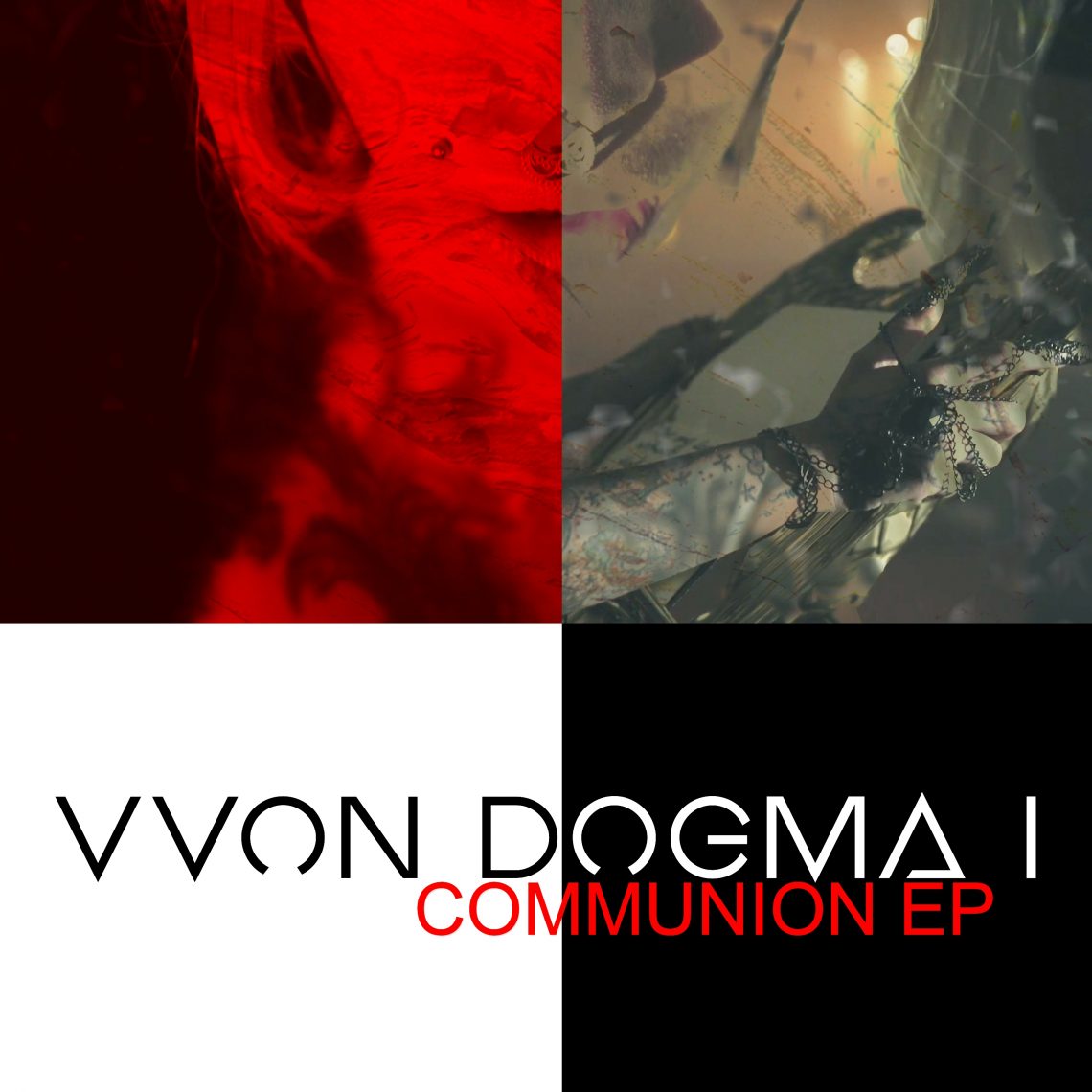 Vvon Dogma I’s new EP has more than twice as many bass strings than tracks. The four track Djent album is an explosive look at Frederick Filliatrault’s new project, one that he conceived almost entirely as an excuse to write with his nine-string bass. Yep. Nine strings. On a bass. 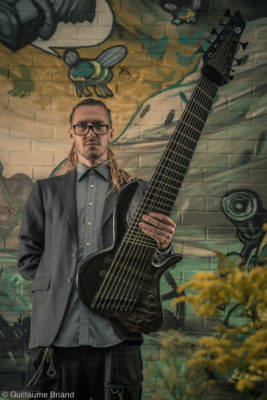 After a mellow introduction to the chaos in the form of track 1 ‘Hush’, we are propelled into the title track ‘Communion’. A dark riff through twisting time signature changes and poly rhythms is oh so reminiscent of Meshuggah, until we are hit with a vocoder. It’s all very confusing. Just as you’re trying to figure out if the groove filled riffs are coming from that monstrous bass or the eight-stringed guitar it sounds like Kraftwerk have just walked in. But it sort of works for now. The high-pitched robotic voice contrasts the deep, overdriven riffs and ends up making a sound that suits the experimental nature of the track.

The work of that huge bass comes into its own and proves its worth with a bass solo that borders on classical guitar to open ‘Lithium Blue’. The electronic influences on the album start to be heard, as a drum machine couples with some synth work before the track really kicks off. For something so complex, it manages to sound about as catchy as anything with a Cyber-man singing could do. Halfway through, we get a trance-like bridge, where the vocoder starts to give off more of a current-era Bon Iver vibe than a Devin Townshend one. It certainly has some head banging moments, such as in the genuinely quite brutal ending, but these moments are what make you realize it’s the vocoder that’s holding them back.

As we move to the final track, ‘The Mask’, I’m really hoping we can hear some vocals that aren’t coming from a Darth Vader voice changer, but sadly, we can’t. The intro is calm, dominated by the synth sounds of Blaise Leonard and again, it’s genuinely hard to tell when you’re listening to a guitar or the insane bass. But they really did save the best till last. Ignoring the vocoder, which has by now become quite annoying, the offbeat riffs really make you nod your head, especially when they interact with the glorious synth sounds that fill in the texture. The skill it must take as a band to be so tight throughout all the complexity doesn’t go unnoticed as the track ends with a delightful instrumental.

While it isn’t perfect, and it definitely won’t appeal to the masses, the Canadian band’s debut starts them off strong. The vocoder seems to work at first, but really does start to get annoying quickly, I don’t really want to think about how it would sound on a full-length album… But of course, it’s the bass that steals the show. Whether you think of it as an annoying gimmick or a beautiful tool, it certainly brings options to the musical table that couldn’t exist without it.

For Fans Of- Meshuggah, Devin Townsend 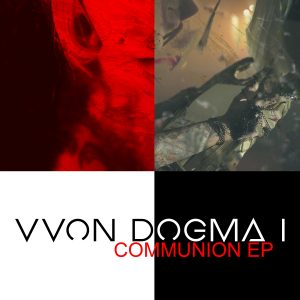 Check out Vonn Dogma I HERE & to purchase the E.P click HERE