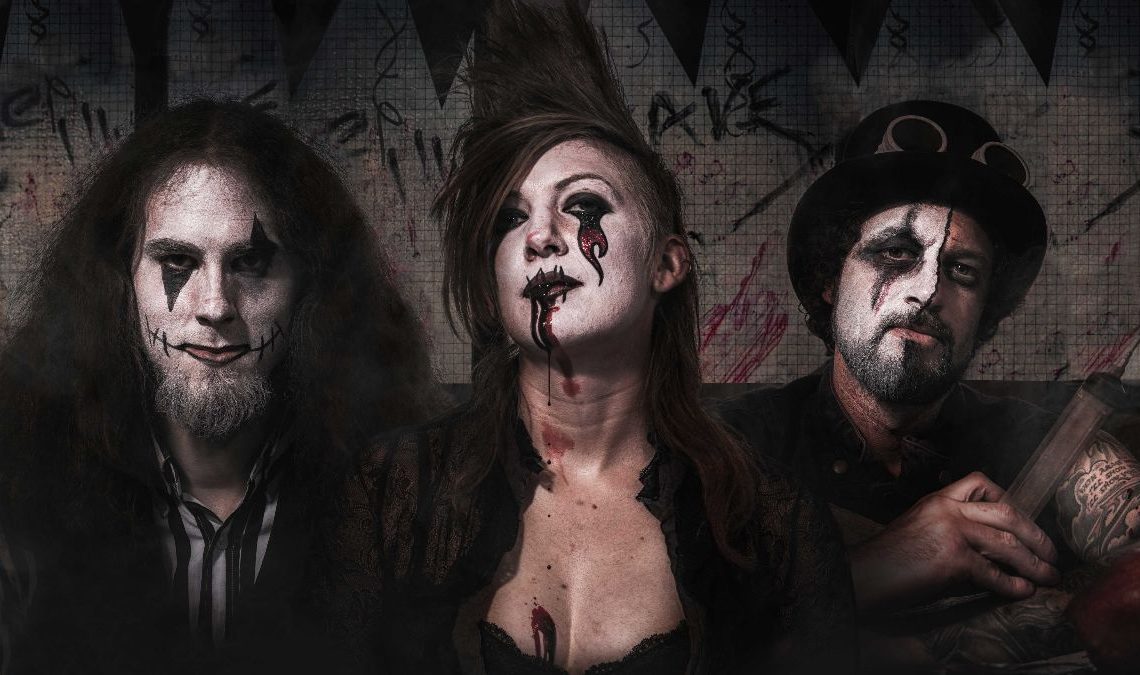 Death Ingloria explores the end of Humanity through rock music, comic art and animation. Having played Boomtown Fair, the World Sci-fi Convention and MCM Comic Con, 2022 will see Death Ingloria hit the road with an anime epic of a live show! 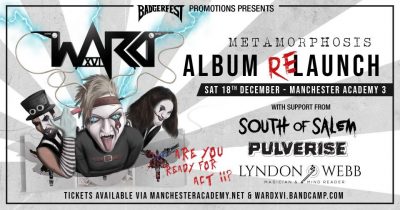 But first lets roll up for a seasonal celebration, finally, the launch party for Metamorphosis!!!

On its third date, fingers crossed the nation behaves to allow the party to explode! If you’ve seen the bands socials you’ll have an idea of what to expect – with the added one off special of the albums recording drummer, John Badger, on sticks! There’s literally only a few handful of tickets left so it’s highly recommended to buy in advance here: https://wardxvi.bandcamp.com/merch/1-x-album-launch-gig-ticket

Saturday 18 December 2021 at Manchesters Academy 3 with support from South of Salem, Pulverise, and Lyndon Webb – a magician and mind reader!? Well that sounds out of place but this is after all a lunatic asylum! To keep you warm in the meantime, here’s a cold behind the scenes of ‘Burn the Witch’…