June 17th Ayreon release The Theater Equation, which as the title suggests is a live version of The Human Equation & features live performances from a few of the aforementioned artists along with many more. 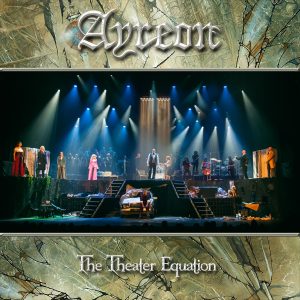 Being released as a deluxe version,  containing artbook, 2CDs, 2 DVDs & the BluRay, along with a special digipack editions which will house 2 CDs, DVD/BluRay (depending on which version)& digital double album.

As with most concept/rock opera albums there’s a theme that runs throughout.

‘After a car accident, a man (“Me”) falls into a coma, and, in his head, is confronted with his past, his emotions, and his current situation as he lays trapped inside his own mind. The circumstances surrounding the accident are mysterious, as Me ploughed into a tree on a deserted road in broad daylight. Following this, he slips into a twenty-day coma. While each day is represented by a single song on the album the theater show uses stylistic means like several repetitions. Each song follows a slightly different format, though there are major common themes, such as the presence of Me’s manifest emotions in his dream world including Fear, Reason, and Pride; the presence of Me’s Wife, his Best Friend, a doctor and a nurse at his bedside; and the past events that Me is forced to reflect on.’ 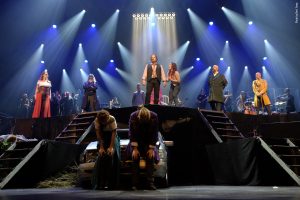 It’s really rich story that only Arjen Anthony Lucassen can tell. Not only is the man a multi faceted musician but Arjen is a master story writer & really should look at moving into writing screen plays as well.

The CDs are superbly mastered & sound beautiful. All the instruments & vocal performances are perfectly balanced & serves as a great accompaniment to the DVD.

The DVD is so much more than just a live performance. It’s theater.

Everything that the original concept album conjured up is perfectly recreated on the stage including an abundance of stage props such as the crumpled car wreck & hospital bed.

This is a masterclass of how you put a rock opera straight on the stage. Incredibly & compulsive viewing 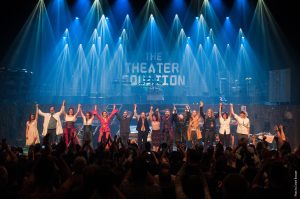 Returning from The Human Equation

Returning from The Human Equation