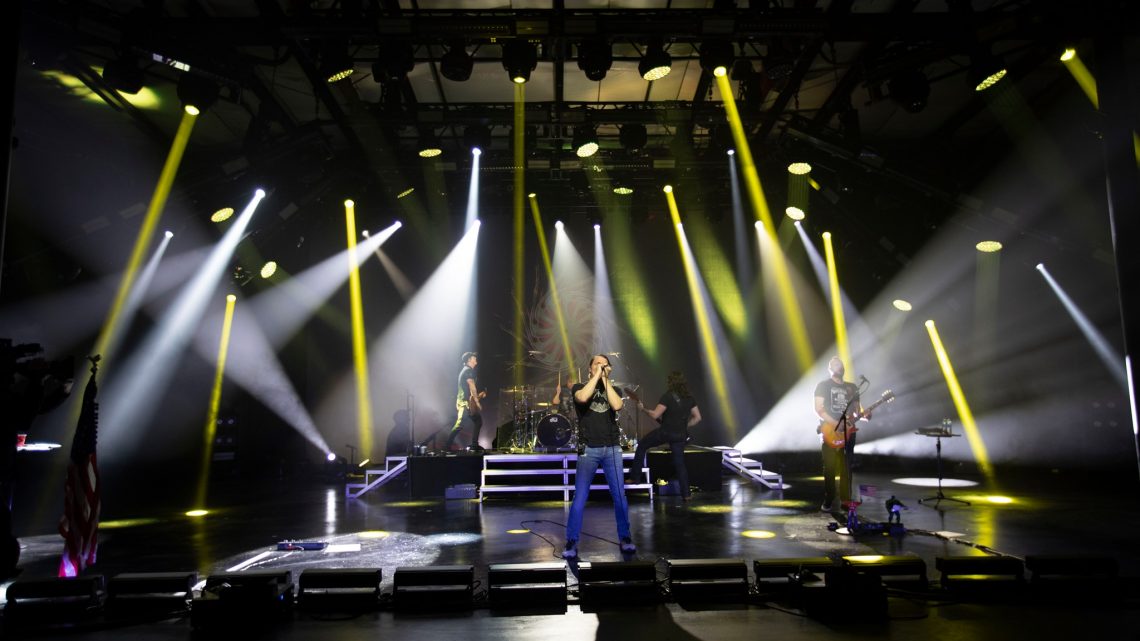 Brad Arnold of 3 Doors Down Discusses The Better Life

3 Doors Down are celebrating 20 years since the release of their debut album A Better Life. We managed to catch up with vocalist Brad for a chat about that album and a few other things.

Hey Brad, how’s things? It’s hard to believe it’s been 20 years since the release of The Better Life.
You know what man, I feel incredibly blessed to still be on earth really ,to still be able to do this and to still be kicking after 20 years, it’s unbelievable to me.

Did you ever think that this album would have such an impact?
We didn’t.  We wrote this album for our friends really. We liked the songs and most of those songs we wrote when we was teenagers.  We played them around town and our friends seemed to like them so that was a good indication for them I guess. But at the same tie we never dreamed we’d have that kind of success.

How easy was it for you to put this anniversary box together?
I still had a box of old tapes and we had some of the old tapes that we had used to make the original recordings that became some of the songs on that record. We got signed through some of those old songs. Some of them we still had the old tapes for but it was nice to be able to go back and remaster them off the CD that we had from back then.

There were a lot of old tapes and we had to try and dig up a load of old gear to try and get into them and then you risk making them sound different. But it was cool to be able to go back and revisit a lot of them old songs.

I listen back to a lot of the old songs especially the ones we play live just to make sure we’re not changing them too much. But some of those older songs I hadn’t heard in such a long time and I’m kinda like a lyric guy.

I know lyrics to songs that I probably shouldn’t know the lyrics to. As I listen bac to some of those old songs I’m like ‘aarrggh I do NOT remember this’. Even for some of the really old songs I kinda knew what lyrics are coming but some of these it was like hearing them for the 1st time.

Are you embarrassed by some of the lyrics you wrote back then?
I like some of them, they’re really cool but there’s a couple of songs that we put in the boxset are retrospective. Not everything was good, and here’s 1 that wasn’t (laughs). But even those, people are gonna be like ‘Man, I really love those songs’ . Really? I thought that sucked (laughs)

The demoes you’ve included in the box are pretty much complete. They’re not much different to what appears on the album
Some songs like Kryptonite, we strived to make it sound very much like the demo version because we got signed on the back of those demoes thanks to our local radio stations in Mississippi from playing those songs so the last thing we want to do is change it.

When you write a good song, you’ve got a good song. Between that moment and the moment you put it on the record, you’ve a thousand chances to mess it up. You can take a good song and get to jacking with it too much.  When you get in the studio you can get in the mindset of ‘hey, we’re in a large studio, we need to be all we can be‘ but you need to leave it alone and let that little bit of magic in that song let it be. So that’s what we tried to do on A Better Life and on Kryptonite. All those songs pretty much stayed the same.

Is there anything you wish had ended up on the album but didn’t, like the original of Sarah Yellin’?
Yeah, we re-recorded it with Alex Lifeson for the special edition of Away From The Sun and we changed some of the lyrics for that version. But there again, there’s a song that we went and messed around with a little too much and it lost its mojo a little bit. Even with him and it wasn’t his fault. It just lost its way a little bit.

What’s been the proudest moment so far for you?
One thing that I am pretty proud of is after getting to do this for so long,  is that our fans are more like a 3 Doors Down family.  I love that when a fan has a friend from another city that met through our band and I also also dig it when a parent can bring their kid to our show and they’re both jamming, that’s a special moment between father and son or mother and daughter.

We don’t cuss on stage cos a lot of parents don’t want their kids hearing that stuff so they miss alot of shows because of that. Some bands kinda don’t care what they say on stage but you have kinda gotta watch it.

I like the family and the kind of network that it’s become.

We’re currently in the the grips of the Covid pandemic . How have you been coping with the current situation?
Well, I live on a farm in Middleton Tennessee. It used to be an old cattle farm so we have a lot of pastures for them. We have a lot of old metal fences and a tree line. So I’ve been going out and clearing all that. So that has been my outlet for this year.  I really like that, there’s a lot of areas of my land that I’ve I’ve been trying to clear up.

Strangely enough it’s where I wrote most of our 1st record before we got signed. I drove a tractor and that’s how I wrote most of that records was going out and mowing. So it’s kinda led me back full circle. There’s something about it that I get organic ideas.

You set the throttle on the tractor so it’s a constant speed and maybe it’s the key the engine is in that you start to get ideas. That’s my favourite place to write songs as opposed to being the person who sits in a studio and write songs. It’s not that I can’t do that, I just don’t like to do that.

I’ve always said that I’m not a great songwriter, but every so often a song will fall out of the sky and hit me in the head and that’s how it should be for me anyway.

I hate everything that’s going on with the pandemic and such for the economy of the world and the people losing their lives. For me personally, I haven’t had this much time at home for awhile and I have to say I’m loving it. I love being outside and playing in the woods. I’ve been doing that alot this year also.

Speaking of writing, it’s been a little while since you released Us and the Night. Are there plans for a new full length album?
You know what, I want to get together with Chris (rhythm guitarist) real soon just to go over some of these ideas that I have been writing. I’ve got a jump start on them as I have a phone in my pocket. Before I used to write them down and then go back a couple of days later and go over the lyrics, by which time I’d forgotten the melody or wondering how those words work. So now I’ve got a mini recorder in the pocket and I can stop and have the melody and the idea of it.

I can’t wait to get together with Chris real soon as I haven’t had a pocketful of ideas in a long time just to sit and be able to put music with. Whereas before I used to have folders of lyrics. It may not have been the tue I had in my head at that time but sitting down with better songwriters, it truly becomes a collaboration as you have a bunch of people working on that one idea.

Brad, it’s been an pleasure chatting with you. Stay safe and good luck with the farm.
You too man, thanks for interviewing me.

For all things 3 Doors Down, click HERE and to purchase the anniversary edition of The Better Life, click HERE