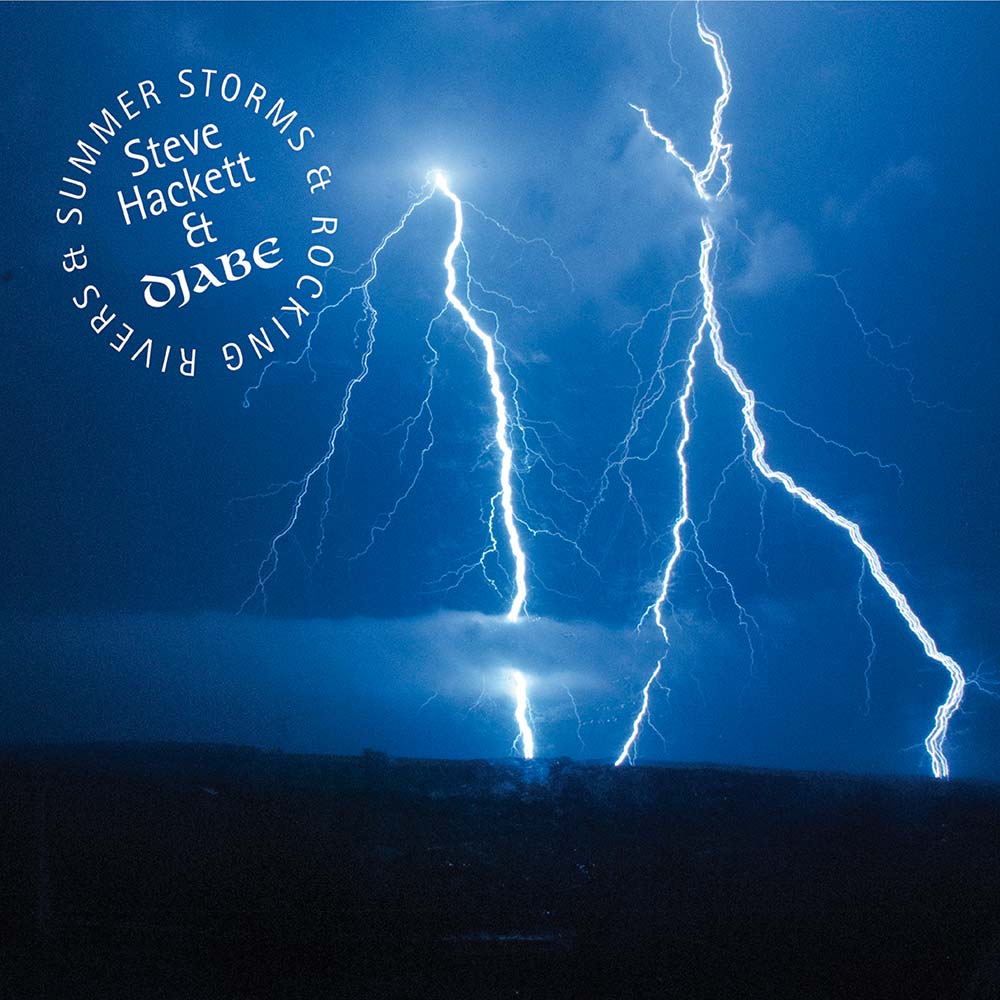 Although billed as Steve Hackett & Djabe, this is more of a Djabe FEATURING Steve Hackett product, believe me when I say, that it’s no bad thing at all.  Originally released as a double vinyl & Blue Ray set only. Thanks to HNE this now sees the light of day on CD & DVD.

The whole experience is incredible. The live CD is superb, crowd noise kept to a minimum, the violin drums & of course Hacketts guitar sound immensely crisp. Just shy of 79 minutes, it’s a perfect album to have in the car on a long journey or even just relaxing with a book.

I’d never heard any Djabe before & I’m beginning to wonder why they’ve been off my musical radar. Incredibly eclectic. A mix of prog, blues & folk with a tinge of Hungarian jazz (which isn’t really a surprise as Djabe are indeed Hungarian)

Steve Hackett is a phenomenal guitar player & the versions of  his classics coupled with a couple of Genesis compositions is simply jaw dropping.

Recorded & filmed in Bratislava back in 2011 & Budapest in 2012, The DVD portion of this release is beautifully filmed & the extras (Promo video for Tears For Peace, documentary along with extra performances from Hungary in 2013) make for a running time just over 2 hours. There are also 2 audio options on the DVD. straight forward stereo or (my personal favorite) 5.1 surround.

Every band member is wonderfully filmed & properly captured during their own extended phrasing & Steve Hackett is a joy to watch as well as to listen to. His use of chord structure & musical wizardry is sublime. He makes it look effortless yet oozing with raw power & emotion.

This is quite simply an incredible release with exquisite music. There’s great liner notes by Steve Hackett, a bio of Djabe, aswell as a few incredible live photos taken whilst on tour.

Make this one of your 2017 purchases & you won’t be disappointed.

For fans of Steve Hackett & Lazuli