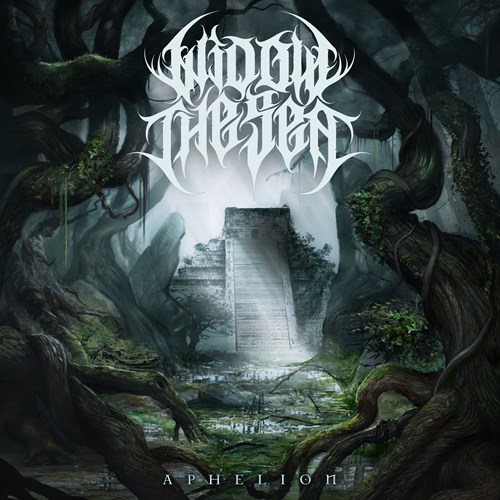 Hailing from the beautiful Gold Coast of Queensland, Australia, Widow the Sea have unleashed their debut full length, Aphelion this month – following on from 2010’s debut EP Novella of the Ocean. The side project of Michael Jeffery, the riff machine of rising stars Aversions Crown, Widow the Sea have taken the melodic death metal sound they carved out for themselves on the EP and have expanded on it here. Aphelion feels much more technical than Novella of the Ocean, but also more mature and with a slightly more accessible sound.

Opening with Cinerary Casket, Widow the Sea dive straight into the TBDM-esque melodies accompanied by punishing riffs, tight drumming and truly evil vocals. Dancing between riffs that will snap necks and shred filled melodies, Cinerary Casket moves onto a soaring solo makes the heart flutter. A feature you will notice through the album as a whole, the drum work from Cameron Hui is unbelievably tight and blindingly fast. Preliminary Discourse keeps the style Widow the Sea pounded into you going with a tonne of filthy riffs and beautiful melodies spewing from the fretboards of axemen Lincoln Hui and Michael Jeffery. The closing section of the song is fantastic, the punishing drum work complimenting those leads excellently, and the vocals of Tom Shanahan sound as evil as they come.

The Infidel Reclaimed picks up the pace, and there is barely a second those bass pedals are not being hammered into the floor. Again, this track is packed to breaking point with fantastic riffs, though the guitar solo is, as always, the highlight for me. The layered vocals here work exceptionally well, though it is obvious that throughout the album the guitars are the main focus. Having the vocals carry on in an anguished scream after the rest of the music had stopped at the end of the track was definitely a nice touch, as well. Opening with a slower, more groove laden riff than what we’ve heard so far, Embodiment of Savagery doesn’t keep the speed down for long – though the slower opening was definitely welcome, kicking up the speed with a downright sexy riff is the perfect way to continue from such a strong intro. Pretty much all of the riffs on Aphelion are fantastic, but Embodiment of Savagery is just in a league of its own – there’s even a very black metal influenced passage between the chaotic shredding. The guitar solo is easily one of the best on the album, and the track as a whole is definitely an album highlight.

A Vile Initiation sounds like it could have been a bonus track from Ritual, TBDM’s 2011 release – it is pure The Black Dahlia Murder worship, but that is certainly not a complaint! Everything about this track, from the punishing drums to the outstanding riffs, from the demonic vocals to the sweeping solo, everything is absolutely on point. Following is Disenchantment – opening with an outrageously fun riff, Disenchantment is very much the melodic death metal you have come to expect, but when Shanahan isn’t shattering the ground with his gutturals his voice is very reminiscent of John Kevill, of LA thrash band Warbringer. Heavy, fast and fun, Disenchantment follows the trends the album as set so far in that regard, but the slight change in vocals are a fun addition. Draining the Atmospheric Cyst is a 6 minute slab of brilliance. The riffs are flowing a’plenty, and dear Satan are they heavy, the vocals are dripping with venom and revulsion and the drum work is as fast and tight as you would expect. An excellently written song with a wonderful solo, Draining the Atmospheric Cyst is without a doubt on of the strongest songs the band have released.

Next up is Apostles which starts as it means to so on, slamming in straight off the bat with fast, brutal musicianship. The breakdown that comes in just after the chorus is awesome with the vocals dancing with the beat, and the solo that follows moments later is simply jaw-dropping. Aphelion comes to a close with the epic In Death I Command. Here, Widow the Sea take everything they have perfected over the course of the album and throw it into one utterly fantastic piece of metal. There is a hint of the use of symphonic elements at points, and this beefs up the sound immensely – definitely an aspect they should carry forward onto their next release! As a whole, the song is fantastic, and another one throwing its glove in the ring for the best track on the album!

Aphelion is, put simply, a fantastic debut album. At times it does feel like pure Black Dahlia worship, but that isn’t necessarily a bad thing, and that isn’t to say there isn’t a lot of originality here – Widow the Sea are definitely carving out their own sound. Filled with all the aspects we know and love from melodeath as a genre, Aphelion is a must have album from 2015. 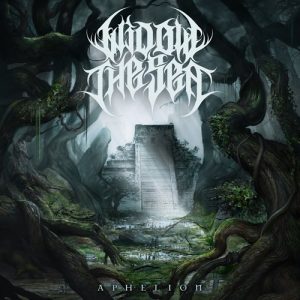 For Fans of…
The Black Dahlia Murder, Aversions Crown, At The Gates